A popular coastal resort Antalya was the jumping off point for visits to three nearby archaeological sites – Termessos, Aspendos and Perge. It’s also got some archaeology right in the town, the narrow streets of the old port area of Kaleiçi has remnants of the old Rom... 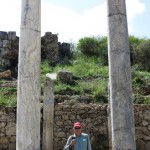 Perge – ruins with a lot of columns

Just 17 km north-west of Antalya and a stone’s throw off the freeway this is the most developed of the three archaeological sites close to the Mediterranean resort. It was also the last stop in my Global Heritage Fund circuit of Turkey’s sites, although there is one m... 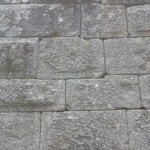 Antalya, the Turkish coastal resort town, has three nearby archaeological sites – Aspendos, Perge and Termessos. After the impressive restoration work I’d seen at Sagalassos, Termessos was a real contrast. This was a ruin in a truly ruined state. As we drove up to ...