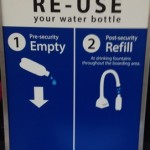 ◄  And amazingly it's in the US, the home of general security insanity. Arriving at security at San Francisco International Airport I encountered this sign, inviting you to empty your water bottle, take the empty bottle through security and refill it from a water foun... 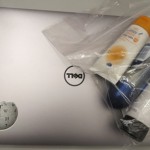 The trouble – well one of the many troubles – with airport security is it’s inconsistent. What they want done in one place they don’t in another. So it’s shoes on or off, belts on or off and sometimes the scanning sensitivity set so high that a credit card sets it off...

Almost 40 years ago, travelling across Asia Maureen and I flew from Calcutta to Thailand and we still remember the culture shock of arriving in Bangkok. Compared to India it was amazingly well lit, air-conditioned, orderly, efficient and clean. ▲  street cow in V...