Donald Trump’s announcement that he would like to decertify the Iran nuclear deal – if it really happens and that is far from certain – could reimpose sanctions on Iran. Which conceivably could stall Iran Air’s aircraft orders. When the sanctions were shelved Iran Air... 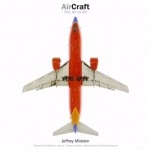