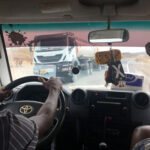 If chaotic Somalia is Italian Somalia and reasonably together Somaliland is British Somalia then Djibouti is French Somalia. It was known as French Somaliland, but between 1967 and 1977, when it became independent and joined the UN, it became the French Territory of t... 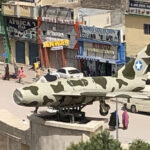 Don’t confuse Somaliland with Somalia. Once upon a time the horn of Africa, that sharp elbow pointing east below the Arabian Peninsula, was all Somalia with France, Britain and Italy maintaining colonies. The French bit to the north was French Somaliland and now is th... 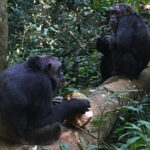 Gorillas may be the big Uganda wildlife, the creatures everybody wants to meet, but there was certainly lots more to be seen. Plus I ticked off the African Big 5 – lions, leopards, rhinos, elephants and African buffaloes – during my visit. ▲ chimpanzee Riupwe not s... 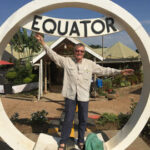 2022 has already been my year of Africa, I was amazed by Chad in February and in July I visited Uganda, Somaliland and Djibouti. Let’s start with Uganda, I’ve been to Kenya and Tanzania – the other two countries which formed the British colonial era East African tr...

Last year I blogged about my travels around the Congo (the big, bad Congo DRC although I also hopped across the border – the Congo River – to Congo Brazzaville). Plus I read the best book to read about the Belgian colonial horror story – King Leopold’s Ghost. On my...