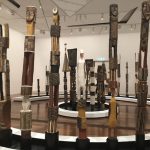 Going Places – where I’ve been recently

I have really not gone places for over a year now – 16 March 2020 I was on the island of Socotra in Yemen. Then I flew via Aden in Yemen to Cairo, spent a night there and continued via Abu Dhabi in the UAE to Melbourne. Where I had to go into ‘self isolation’ f...