Since I’m currently obeying the rules which ban departures from Australia there’s been no international travel in my diary for the past 12 months. I have been travelling around Australia, however, and I covered a little walk up Mt Kosciuszko – Climbing Mt Kosciuszko to the Top of Australia – recently. It really isn’t a climb, the ascent of the 2228metre ‘mountain’ is more a gentle stroll.

Since reaching Australia’s highest point I’ve been to assorted other Australian destinations including, on Moreton Island, the ascent of ‘the highest stabilised sand dune in the world.’ All of 285 metres. So day by day over the next 10 days I’ll run through Canberra, Sydney, the Hawkesbury River, Brisbane, the Spirit of the Outback train, Longreach, Winton & Ilfracombe, Lark Quarry (for its ‘dinosaur stampede’), Moreton Island, I’ll encounter the art of Daphne Mayo and perhaps there will be some other travel topics.

Somewhere along the line I’ll also get back to ‘Tony’s Coronavirus Notes’ and complain about the virus story in Australia. Let me correct that, the virus situation in an assortment of states which collectively use to be known as Australia. Not any more. 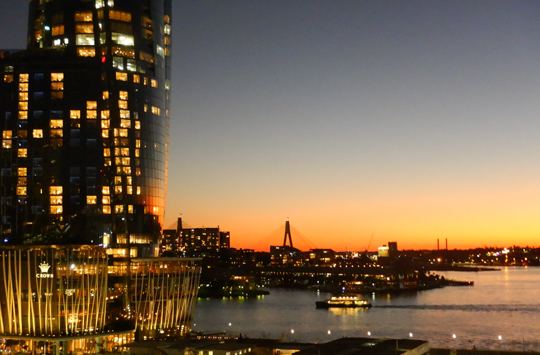 ▲ Let’s start with Sydney because it was one of my shorter visits, just a couple of nights between Canberra and the Hawkesbury River. From my hotel I had a sunset view over a major building site and One Barangaroo, also known as Crown Residences. It’s a quite attractive building fronting for that very unattractive business Crown Casinos. 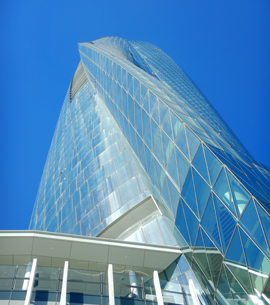 Crown Casinos have been put through the legal clothes wringer in Australia of late. What, gambling money might be used for money laundering? We never imagined that. Nor did anybody on the Crown Casino board of directors it appears although assorted staff in their Chinese division ended up in jail for assorted illegal activities. While legal decisions are being made about the company’s suitability for running a gambling business in Australia they effectively have a casino without any gambling. Check this story in the Melbourne Age about their China problems.

The harbourside walk past One Barangaroo is the final missing 300 metres piece in a walk which now goes all the way from Anzac Bridge, the other side of Darling Harbour, to Woolloomooloo, 11km away.

Our Sydney stay also included a visit to the ever interesting MCA – Museum of Contemporary Art – on the Rocks side of Circular Quay, Sydney’s ferry central. I liked the big linocuts by Torres Strait artist Alick Tipoti, I’d visited Badu Island, where he’s from, when I did my islands of Torres Straits circuit in late 2019. 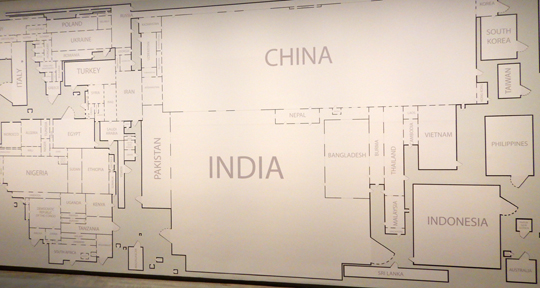 ▲ Ground Plan by Louisa Bufardeci also appealed, a map of the world drawn like an architectural plan with all the areas strictly related to population.