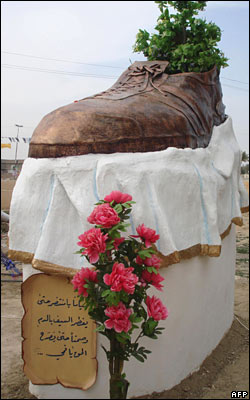 Yes it’s a shoe statue in Tikrit (Saddam Hussein’s hometown) to honour shoe tossing Iraqi journalist Muntadar al-Zeidi. And yes, that is a Bush growing out of the shoe, click here for the full BBC story on the statue which was unveiled on Thursday 29 January. 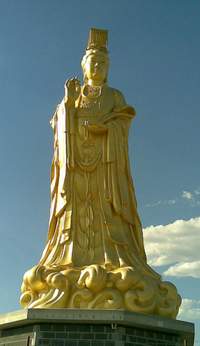 Meanwhile just a short ride along the Maribyrnong River bicycle from Lonely Planet’s Australian head office this statue of Mazu, the Chinese ‘Heavenly Queen’ mysteriously popped up on a derelict patch of landfill. She stands 16 metres (52 feet) high and gazes across to Melbourne’s city skyline a few km away. Presumably a temple will follow.