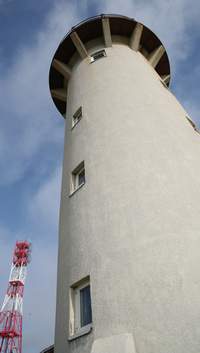 St Pierre and where? OK it’s another of those little corners of France, secreted away in odd corners around the world, supported by lots of euros sent over from Paris, speaking French and existing in another entirely parallel universe.

I was a little bit concerned about visiting St Pierre & Miquelon because the last time I visited a double barrelled French colony – Wallis & Futuna – I got stuck on the second island (Futuna) when the weathermen at the first island (Wallis) went on strike and shut the airport down for a week.

St Pierre & Miquelon provided no problems at all. The food was great, the wine was fine, the 1664 beer was cold, and where is it? Just south of Newfoundland in Canada. These two small islands (three really if you include Langlade which is actually bigger than the other two) were a consolation prize from those aggressive Brits for taking away the rest of Canada.

The Waterfront of St Pierre

A typical St Pierre street scene with brightly painted buildings that reminded me of Port Stanley in the Falklands Islands. 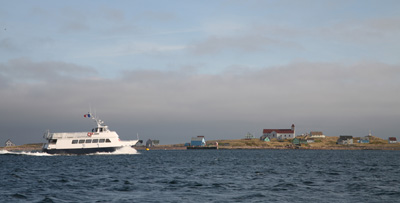 Ferries run regularly from Fortune on Newfoundland and between St Pierre and the larger (although it has a smaller population) island of Miquelon. Approaching St Pierre this ferry passes the deserted Ile aux Marins. 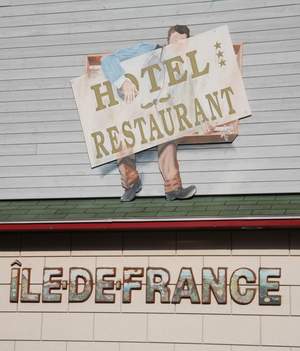 Well it is a French colony, so you can stay (and dine) at the Hotel Ile de France.

I bounced across the narrow strait separating St Pierre from the islands of Langlade and Miquelon in an inflatable zodiac.  The town of Miquelon, which is much smaller than St Pierre, does have a very picturesque lighthouse.