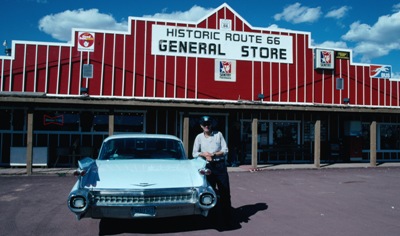 For some people sporting events are a great reason to travel – seeing the world becomes an adjunct to catching up with your favourite football team. And for others if you’re in the country you might as well catch an event – you’re driving across the US, why not catch a baseball game or a basketball game. My 1994 ‘across the USA in a 1959 Cadillac’ road trip featured the Phoenix Suns (basketball) in one direction and the Chicago White Sox (baseball) in the other. If you’re fascinated by travel and sport there’s even an LP book about it, A Year of Sport Travel

in front of the Blackburn net

So yesterday, in London, I saw Arsenal beat Blackburn Rovers 6-2 at the classy new Emirates Stadium. It was the first time I’d ever seen Arsenal play (thank you Peter Ward, publisher of interesting books about the Middle East like Too Rich) and ‘gosh, you chose a good game to go to’ emailed another Arsenal fan.

Exactly one week previously I stopped off in Singapore between Melbourne and London to watch the Singapore Grand Prix. Now running a Grand Prix at night is undoubtedly not a good idea (doesn’t formula one racing have a bad enough consumption story already, without turning tropical night into bright daylight for 5 km?) but it was quite a sight. The race is run at night in order to fit it in to European prime TV time. So in a decade’s time when the economic balance shifts to Asia will they be rescheduling European grands prix to fit in with Asian TV demands?