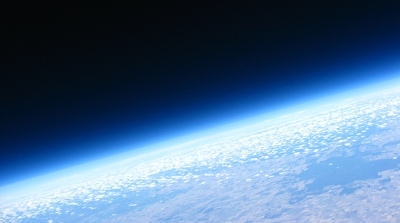 Chris Lansell dreamed up the Melbourne Solar System along Melbourne’s bayside, it launched as a Planet Wheeler project in 2008.

Recently Chris came up with another project, we’d send up a couple of cameras on a weather balloon and try to get satellite-type photos of Planet Earth without NASA (or even Virgin Galactic) costs. So on Tuesday 23 November we were at Mt Barker just outside Adelaide getting ready to launch a balloon with a bunch of local techies (Adelaide University, general enthusiasts, even a couple of guys from the Department of Defence taking a day off). 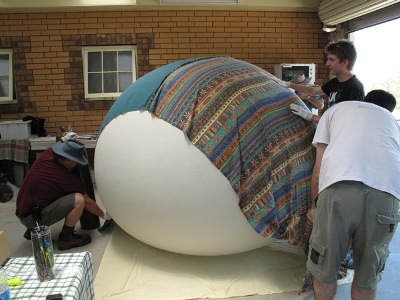 ▲ Inflating the balloon with helium

We had two cameras on board, for stills a Canon A560, programmed to take a shot every 5 seconds. For video a GoPro HD Hero high definition video camera which recorded continuously. The cameras and their foam box and the stabilising tail (so it didn’t spin round too fast) weighed a total of 700 grams. 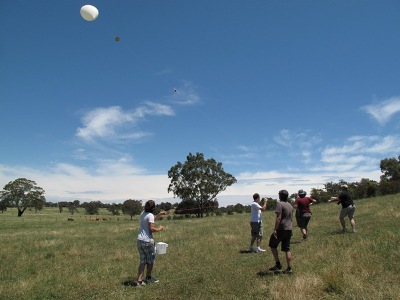 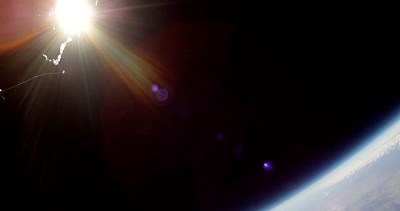 Up in the air our balloon climbed for over an hour before exploding just short of 112,000 feet (34km). OK we’re not yet in space, but we are twice as high as Concorde used to fly. There’s a YouTube clip which catches the final apogee with a glimpse of the exploding balloon at around 38 second. 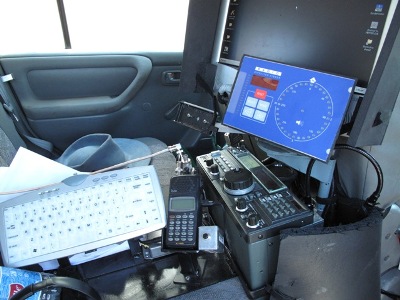 The parachute brought it back to earth in less than 30 minutes and our main pursuit vehicle had enough equipment on board and enough aerials outside to recreate Storm Chasers or Ghost Busters. The software gave us a map showing where the balloon and the three pursuit vehicles were going with a continuous readout of the balloon’s position, height, speed and rate of ascent or descent. 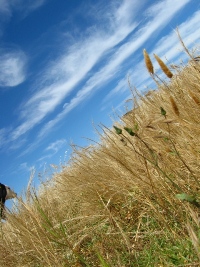 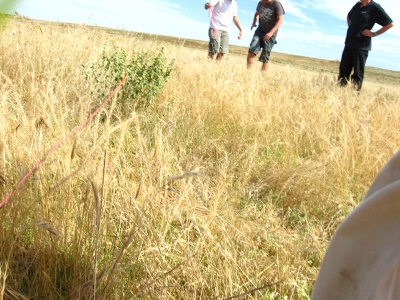