I love the signs you see when you’re travelling anywhere in the world and my bicycle ride through Africa last month turned up plenty of them. I rode the Iringa (Tanzania) to Lilongwe (Malawi) stage of the Tour d’Afrique cycle ride and here are a few of my favourites along the way. 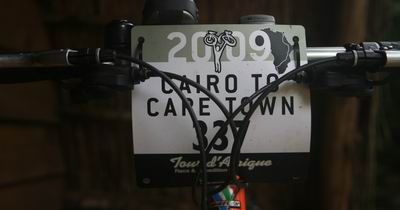 It may not be a sign but the currently popular kanga in Tanzania summed up a few things! A kanga is a traditional Tanzanian cloth, like a sarong, with a proverb in Swahili. Current favourite is the Barack Obama kanga with Hongera Barack Obama – ‘Congratulations Barack Obama’ – around his portrait and Upendo Na Amani Ametujalia Mungu along the bottom – ‘God has granted us love and peace.’ 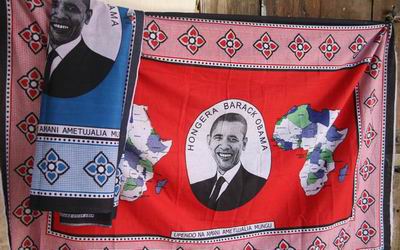 Descending from the Tanzanian highlands to the Malawi border and Lake Malawi we descended from 2300 metres (7500 feet) down to just over 500 metres at the lake, a straight drop of 1800 metres, nearly 6000 feet. We zoomed down! Hairpin bends, mist, rain, high speed straights, we had them all. Terrific! And when the road finally straightened out there was this sign: 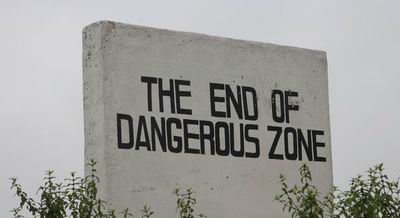 Well this truck ran out of brakes while it still was dangerous:

Every African village seems to have a few standard outlets. Of course there’ll be a general store but even the smallest village seems to need at least two or three men’s hairdressers and at least one coffin maker. This was my Malawi favourite. 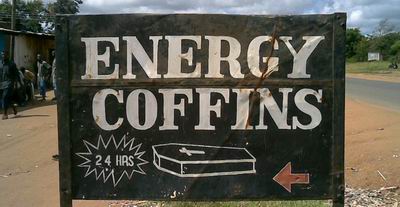 Just another local village restaurant. We made lots of village ‘Coke stops’ as we pedalled south. 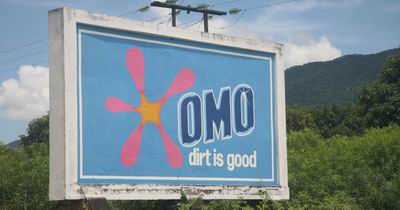 No idea what this Tanzanian roadside sign meant, but it certainly sounded interesting!