Ryanair – and the romance of air travel

I finally got around to flying Ryanair. I’ve flown on assorted LCCs – Low Cost Carriers – but never had a reason to get on the European airline which generates all the bad publicity. Michael O’Leary, the airline’s outspoken boss, specialises in being controversial. OK they’re not really going to charge fat people more, add a fee for using the toilets or offer standing room tickets, but hey, it’s all good publicity.

I had to fly from London to Trieste in Italy and Ryanair were offering seats for £14.99, it was a no brainer. The flight left on time, I got a window seat, my carry-on bag fitted their strict limits, I’d brought along my lunch from Stansted Airport’s Pret à Manger outlet (cheaper than the sandwiches they flogged on board). I’d printed out my boarding card beforehand  (Ryanair doesn’t offer airport check in, except for a premium additional charge). In the air I resisted buying a Ryanair €2 scratch card (to help you get rid of loose change of course) and I ignored the subway-style adverts plastered along the overhead bins.

So what was not to like? Well my only real complaint was the £5 charge for paying for my ticket! Quite a few airlines these days load on charges for credit cards, while not giving you much option to pay by another method – Ryanair don’t charge if you use the rare Visa Electron card. Furthermore the charge – a 33% loading on my ticket – is per passenger, not per credit card transaction.

‘We’re still cheapest,’ is the Ryanair response, which is often (but not always) true. There’s no romance in air travel anymore is the mantra, cheap is what it’s always about. Not true, I can still get a kick of the view out the window, even a Ryanair window. And coming back to London, not with Ryanair, I flew out of the airport at Ljubljana in Slovenia. It’s a small airport which not only has free wifi throughout the terminal it also has some romance, in the form of a small collection of Slovenian-built aircraft hanging over the check in desks. 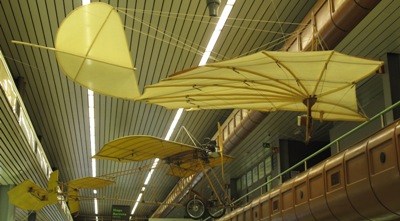