There’s something about being pleasantly surprised by an unexpected encounter, blown away by something you simply did not expect, discovering a place you really did not know about. Now I am a sucker for interesting mosaics – check my Cyprus in the Mediterranean posting for an excellent mosaic encounter less than 12 months ago. 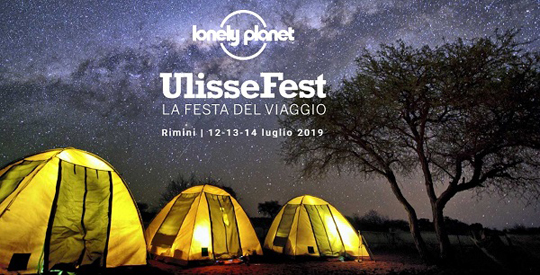 Last year, visiting Rimini for the Ulisse Fest travel festival I discovered some more excellent mosaics and noted that ‘Italy’s best mosaics’ were just down the road in Ravenna. So this year, in Rimini again for this year’s edition of the excellent Ulisse Fest I stopped off in Ravenna on my way from Milan. 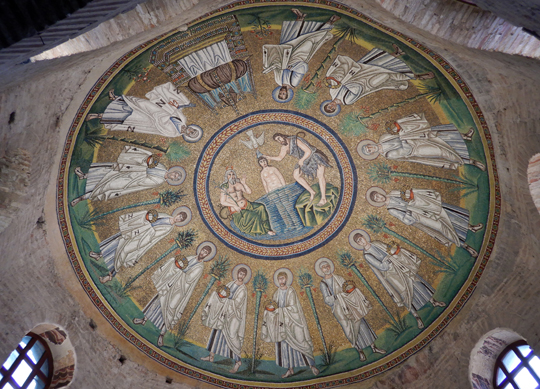 ▲ And what can I say? Wow! That’s the only word to describe Ravenna’s mosaics, 1500 years old, looking as if they were just done yesterday and absolutely the best mosaics I’ve ever seen anywhere. On day one I started at the Battistero Degli Ariani, unusual that it’s not part of the mosaic circuit covered by one €9.50 entrance ticket. It’s also one of the places around Ranenna where you run into Arianism, the early Christian dispute about the Holy Trinity – father, son and holy ghost/holy spirit. But if ‘son’ – ie Jesus Christ – was just that, the son of the father – ie God – then he had to rank one down in the order? It kept the Catholics and the Arianists busy for awhile. 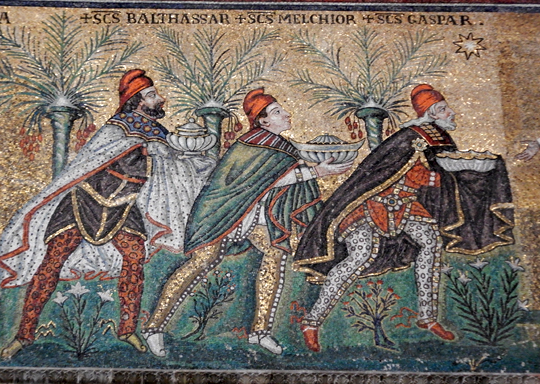 ▲ Next up was the Basilica di San Appollinare Nuovo with wonderful mosaics including this one of the three wise men. 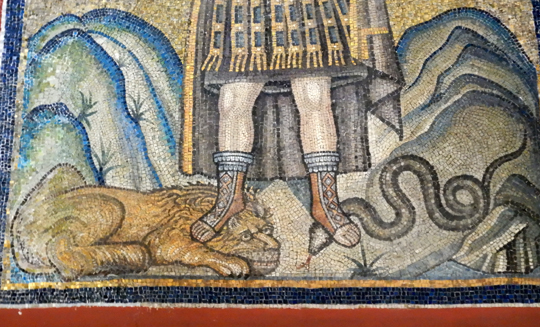 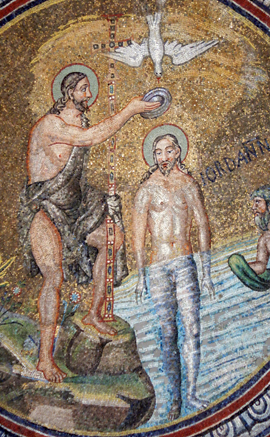 ▲ From where I went to the Museo Arcivescovile and the Cappela di San Andrea with its mosaic showing Christ stepping on a lion and a snake, symbols of evil.

◄ Next it was the Battistero degli Ortodossi (Neoniano), constructed in the 4th century AD over a former Roman bathing complex. The late 5th century AD mosaics include this one of a naked Jesus Christ being baptised by John the Baptist, a dove hovering overhead, 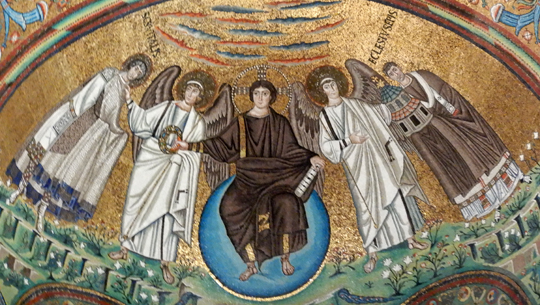 ▲ From there I had a quick peek in the Duomo before continuing to Mausoleo di Galla Placidia and the big and magnificent Basilica di San Vitale. The LP guide accurately suggests that no matter how many churches you’ve seen in Italy this one requires ‘a sharp intake of breath.’ Dating from 547 AD – yes that is 1500 years ago – the greens, golds and blues could have been put there yesterday.

◄ From there I checked the old floor mosaics underneath Domus dei Tappeti di Pietra and made the long trek to the Mausoleo di Teodorico before confirming that there’s modern art in Ravenna as well, like these trompe l’oeil paintings and art in the Piazza Unità d’Italia. There’s also Dante’s tomb to check out, but that’s enough for one day. 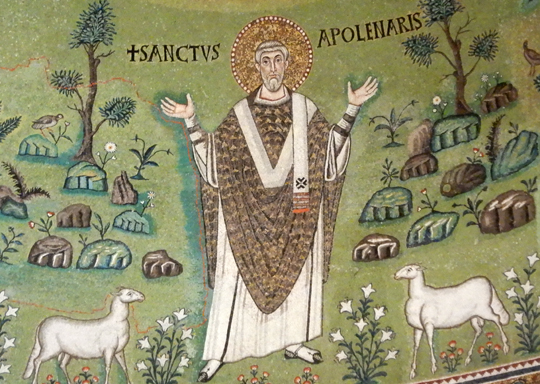 ▲ The next day I rented a bicycle from beside the train station and pedalled six km out of town to the Basilica of Sant’Apollinare Nuovo in Classe, which was a case of more ‘wow.’ Green was the overwhelming colour here, but still everything looked like it was created yesterday. I had time for a quick glance at the old harbour of Ravenna, now some distance back from the sea, before riding back to Ravenna, collecting my bag and heading south to Rimini for the Ulisse Fest.

One thought stayed with me, we worry about ‘overtourism’ these days, but at times I felt that Ravenna was ‘undertouristed,’ why were there so few visitors to such magnificent sites?