What is it about the Congo which inspires such great writing? Whether it’s powerful novels (from Heart of Darkness via A Bend in the River to Poisonwood Bible), shocking history (King Leopold’s Ghost to In the Footsteps of Mr Kurtz or Dancing in the Glory of Monsters) to amazing travels (from Blood River to All Things Must Fight to Live) somehow books about the Congo are often amazing reads. 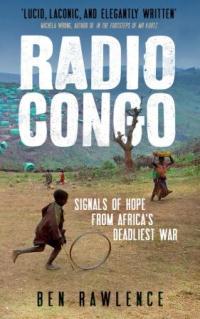 Radio Congo is the latest in that fine tradition. Local Congo radio stations – linking towns and villages otherwise cut off from the outside world – are part of the story, but the key theme is a wonderful quest. Ben Rawlence is on a trip to find his way to Manono, a mining town from the Belgian colonial era with comfortable suburbs and classy art deco architecture.

Is the town still there? Yes it is. Can he get there? Alive? Yes he does, but along the way he meets up with the whole range of the Congo’s survivors from returning refugees to former child soldiers, miners to journalists, subsistence farmers to scary soldiers. The roads which carried Belgians to Manono have long gone, today he reaches the isolated outpost on the back of a motorcycle although even two wheels won’t work all the way, sometimes the trail is so bad he must walk. 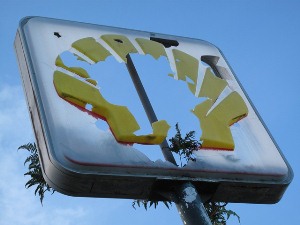 Earlier this year I also visited a mining town that had gone backwards over the years due to war and strife. At Panguna on the island of Bougainville in Papua New Guinea the overgrown sign at what used to be the town’s Shell petrol station summed it all up.

Want to travel the Congo yourself? After my visit last year, much less intrepid than Ben Rawlence’s trek, I posted some Congo Information and links to my own Congo travel.