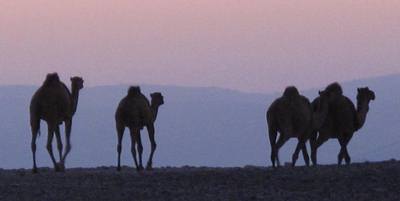 ▲ Sunset camels in the Jerusalem Wilderness above the Dead Sea

I’ve been travelling around Palestine and then on to Israel. First lesson, there’s nothing dangerous about Palestine. Terrorist talk has comprehensively scared tourists away and the Israelis don’t make it easy to visit the West Bank, but in fact I’ve had absolutely no trouble travelling around the country. I’ve done some walking (more on walking in Palestine and Israel in a future blog) and I’ll also cover that much talked about Wall (the Security Wall, Separation Wall, Segregation Wall or Apartheid Wall depending who is describing it), but meanwhile Palestine. 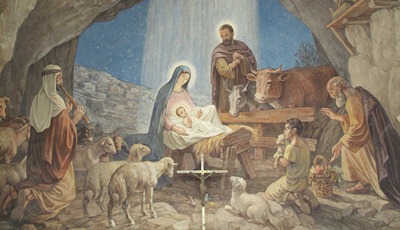 ▲ Bethlehem was my first stop and the town where Jesus was born is building up to the Christmas rush. This traditional view of the event is in the Church of the Angels in Shepherds’ Field, on the outskirts of the town. This is where the shepherds saw that strange star and realised something weird was going on. Bethlehem is the one place in Palestine which does get lots of visitors although the vast majority of them just daytrip from Jerusalem. Most don’t even realise they’ve left Israel. 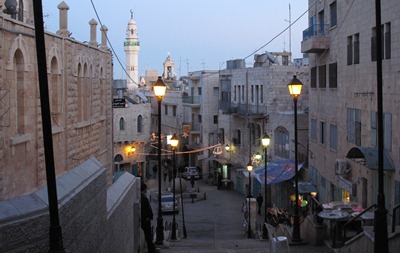 ▲ Road leading down to Manger Square, the epicentre of Bethlehem. Beside the square is the Church of the Nativity on top of the stable where Joseph and Mary took up lodging on their Bethlehem visit 2011 years ago.

▲ I travelled south from Bethlehem to Hebron where the Tomb of the Patriarchs is the resting place for Abraham, Isaac and Jacob, so it’s a centre for the Jewish, Christian and Islamic faiths. And that means trouble! This is the cenotaph of Isaac in the Ibrahimi Mosque, the Islamic part of the site. More on Hebron’s current unhappy story in a future blog. 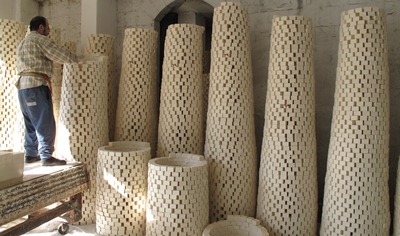 ▲ Nablus, to the north, was a stop on my walk along the Nativity Trail in Palestine. The city has a number of olive oil soap factories which amazed me for how much manual labour was involved in producing the bars of soap. Here the bars are stacked into these artistic looking cones to be left to dry and harden. 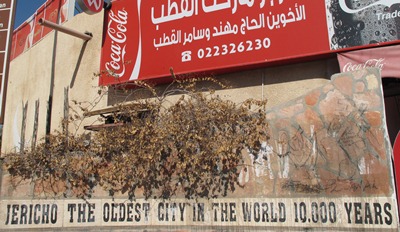 ▲ Jericho is another city claiming to be the oldest in the world, Damascus in Syria and Arbil in the Kurdistan region of Iraq are two other ‘oldest cities’ claimants I’ve visited. Jericho is the lowest city in the world, close to the Dead Sea it’s 260metres (850 feet) below sea level. 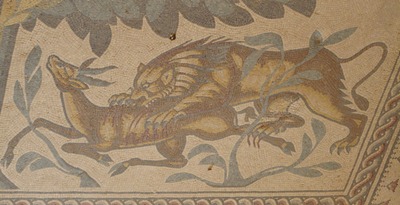 ▲ One of Jericho’s prime attractions is the ruins of Hisham’s Palace which features a famous mosaic of the Tree of Life in a bathhouse. On one side of the tree this lion brings down a deer. It’s an indication of how few tourists get to Palestine that I was the only visitor there. 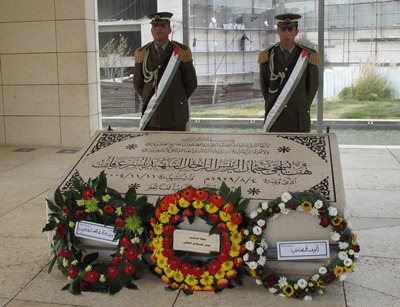 ▲ Yasser Arafat’s tomb in Al-Muqata. This was Arafat’s compound in Ramallah, the de-facto ‘capital’ of the Palestinian National Authority. The rest of the compound is still being rebuilt. I spent a night in Ramallah during my circuit of Palestine.