During the year I flew lots of places and drove lots of places, but I also used a wide variety of other forms of transport. In my Fun & Fare Evasion blog I tell the story of being caught travelling without a ticket on the Budapest subway. I also ponder – in Sydney cost comparison – Qantas v CityRail – the weird cost structure on the train out to Sydney airport while in Airport Transport – London, Melbourne & New York I discussed how getting out to the airport in London can be such a bargain.

If you just want to go around in circles then in Big Wheels – London, Singapore & Melbourne I looked at the giant ferris wheels in those three cities and had a ride on one of them. I also went along to an interesting meeting of the Overland Alliance which aims to promote surface level transport around Europe and further afield. Fittingly the meeting took place right next to St Pancras Station, where the Eurostar trains to and from Paris operate. 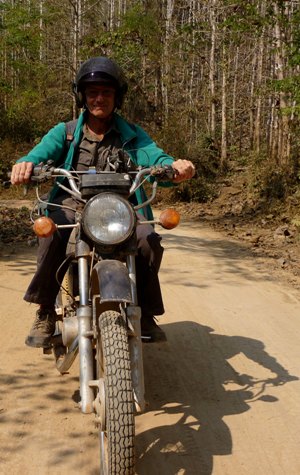 Laos was the 2009 trip where I really rang up the transport changes. Dur- ing my three weeks there I travelled by bus, songthaew (small pickup trucks with two – song, rows – thaew, of seats), samlors (motorcycle rickshaw with three – sam, wheels – lor), riverboats, mountain bikes, an old Russian Minsk motorcycle and, of course, my own two feet. Oh, and an elephant.

Plus there was lots of bicycle travel during the year including over 1000km through Tanzania and Malawi when I rode a stage of the Tour d’Afrique bicycle ride. I’ve got a couple of blogs up about that wonderful ride, but I’ve also blogged about some beach bike riding on Zanzibar Island before I set off on the tour and a comparison between the three bicycles I use in Melbourne. 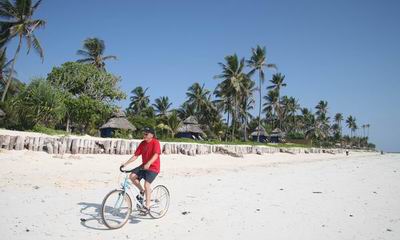