Our Norway fjord trip – Part 1 and Part 2 – was preceded by a train ride from Oslo to Bergen and a short stay in Bergen and concluded with a visit to Stavanger, the oil capital of oil-wealthy Norway.

▲ The Bergensbanen is regularly cited as one of the world’s great train journeys, 500 km, 6-1/2 hours between Norway’s two major cities. Quoting Lonely Planet it crosses ‘some of Europe’s most inhospitable terrain. It was built between 1875 and 1909 and, as you might expect for a railway that climbs to 1200metres, building the line was not easy. 182 tunnels had to be carved out of the gneiss, winter storms had to be negotiated and putting funding in place for what appeared an impossible task was difficult.’ Our train pulled out of Oslo Station at 0825. 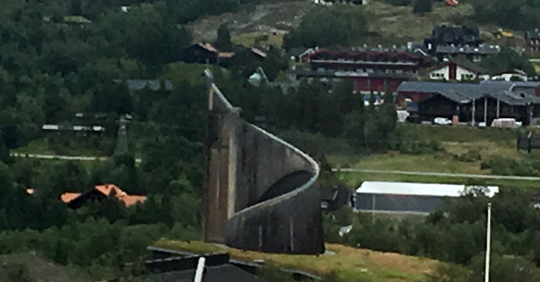 ▲ What was this? It popped up in the town of Hol, about half way between Oslo and Bergen. The curious conical spiral construction is the Geilo Cultural Church. I was not knocked out by Oslo Airport and I wasn’t super-impressed by the efficiency of the Oslo-Bergen train either. Toilets failed, the coffee and tea water ran dry, never mind it was a comfortable trip with great scenery. 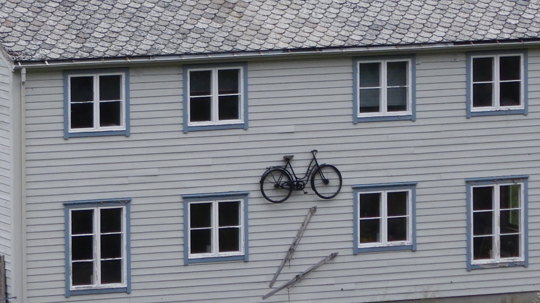 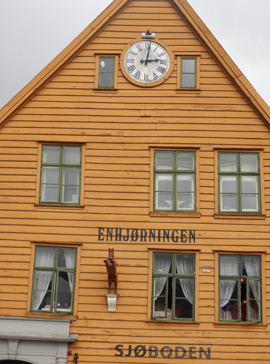 ▲ A couple of days later we took the steep mountain train up from fjord-edge Flåm to Myrdal on the Oslo-Bergen line. As we passed through Myrdal on our way to Bergen the bicycle pinned to the front of this building was a reminder that you could do a downhill ride to Sognefjorden. Presumably in winter you could do it by cross country skis.

◄ The precariously leaning wooden buildings of the Bryggen old town in Bergen, 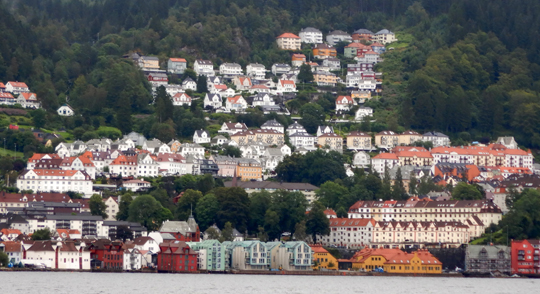 ▲ And then the very attractive waterfront of Bergen as we sailed away. 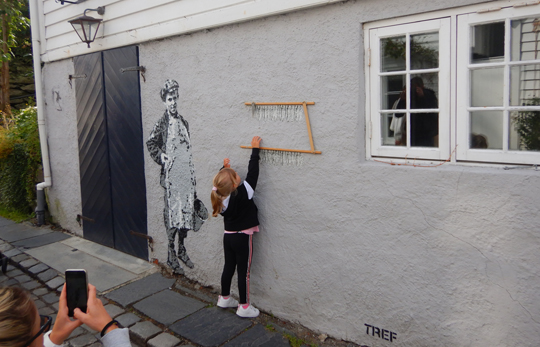 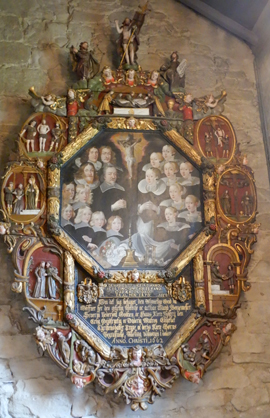 ◄ I was fascinated by the ‘epitaph’ wood carvings around the Stavanger Cathedral, all carved in the 1660s and 1670s by Andrew Smith and showing Biblical events surrounding portraits of the local VIPs who, presumably, financed them. This one is the Godtzen Epitaph for ‘the richest man in the city’ with his wife and their 18 offspring. 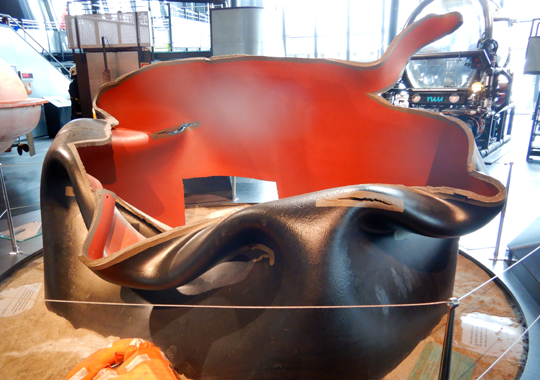 ▲ The glossy and very impressive Oil Museum tells the story of Norway’s recent petro-wealth. Discovering North Sea oil quickly zoomed Norway from a relatively poor farming and fishing country to a very wealthy oil producer. And a country which has invested that wealth wisely, quite unlike Australia with its mineral wealth. The museum tries to tell the whole story, good and bad, it even gives you a chance to ‘vote’ on what should be done with the oil riches. There were a few disasters along the way to petro-riches including quite a few lives lost, the collapse of the Alexander L Kielland platform killed 123 people. This is part of a bracing leg which clearly suffered enormous loads during the failure. 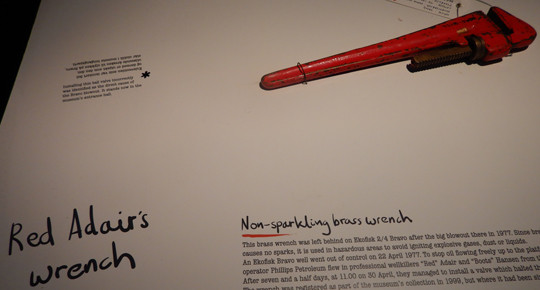 ▲ When things go wrong with an oil rig you clearly need Red Adair’s wrench – ‘tang’ in Norwegian. He’s the Texas oilman famed for putting out the fires from oil well blowouts.