I spent a week travelling around Newfoundland’s Northern Peninsula, the northern tip of Canada’s island province. Some highlights: 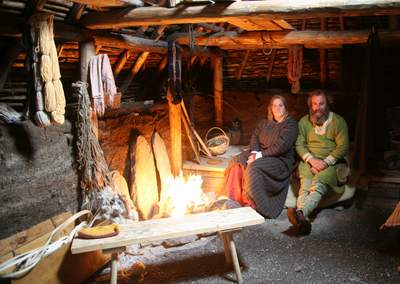 L’Anse aux Meadows
Right at the northern tip of the northern tip is the site of the only Viking settlement in Canada. This outstation from the Scandinavian’s Greenland settlements is conclusive proof that they beat Columbus to the New World by a handy 500 years. A recreation of one of their peat-walled habitations even features two Viking inhabitants to tell you all about it. 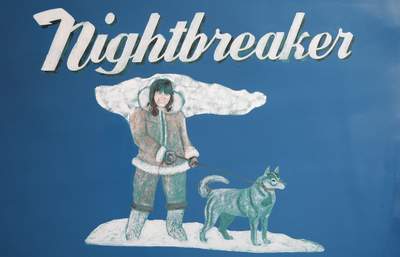 Port Saunders & Port au Choix
A short detour off highway 430 (the road north to L’Anse aux Meadows) takes you to Port Saunders with its fishing boat overhaul base and Port aux Choix where sites have been found of an assortment of Canadian Aboriginal groups (paleo-eskimos, the Dorset culture). This fishing boat artwork seemed to combine both centres. 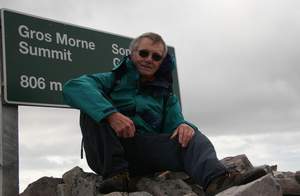 Gros Morne Mountain
The Gros Morne National Park takes its name from this 806 metre peak, the second highest in Newfoundland. It was cold and windy when I found my way to the top (well October is heading into winter this far north) so I didn’t stay long. But the view is superb on the way down with glacial lakes and hanging valleys to admire. 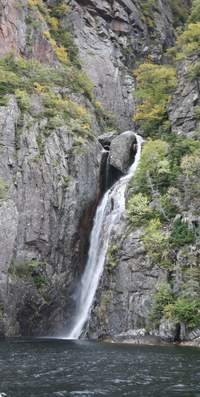 Western Brooks Pond
The next day I took a boat trip up Western Brooks Pond, a fine example of one of these narrow, deep (very) and cold (extremely) glacial lakes which are so characteristic of the park. It’s hardly just a pond! 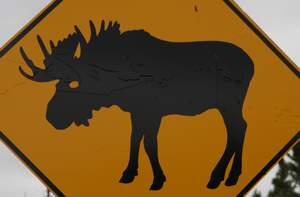 Mooses
I never got to try a mooseburger, but I did see plenty of moose warning signs, some real live examples and plenty of Newfoundlanders out hunting for them. Check my moose lists for more on these hefty animals.