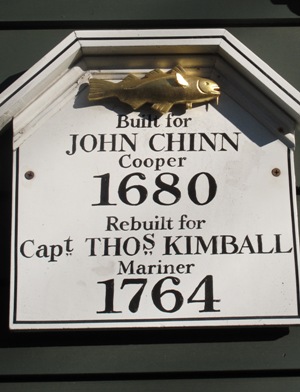 With a few days to spare before speaking at Hostelling International USA’s 75th birthday bash in Boston I set off on a quick circuit of northern New England. Some photos from my travels through Massachusetts, Maine, New Hampshire and Vermont: 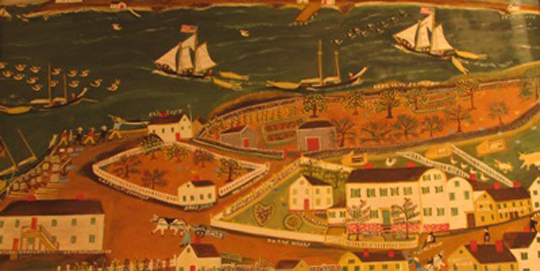 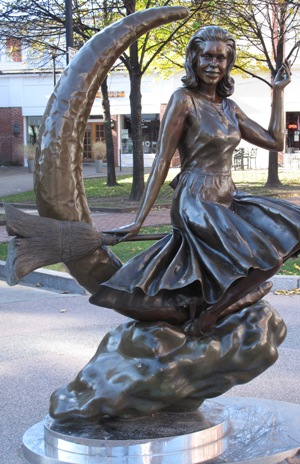 ▲ I’ve always liked naive art and Marblehead’s JOJ Frost took up painting after his wife died in 1919. He was already in his 70s and spent the last six years of his life producing colourful paintings that provide a snapshot of life in the port at that time.

◄ Salem can feel like it’s dedicated to exploiting the colourful story of its 1692 outbreak of witch hysteria. There’s no shortage of witch museums and witch memorials,  of course it wasn’t so amusing for the 20-odd innocent people who ended up at the end of a hangman’s noose. 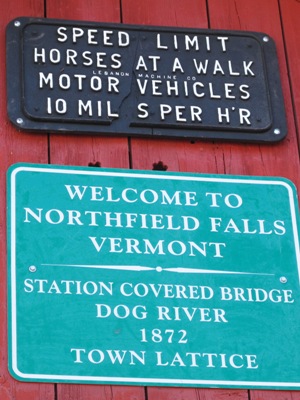 ▲ Salem also has the very fine Peabody Essex Museum, recently rehoused in a stylish new building. Salem became an important port for trade with the countries of east Asia and the collection of art from China, Japan and India reflects that prosperous period.

◄  Just outside Montpelier in Vermont the small settlement of Northfield Falls has two old covered bridges. Montpelier is the only state capitol without a McDonalds, the other 49 all feature the Golden Arches. 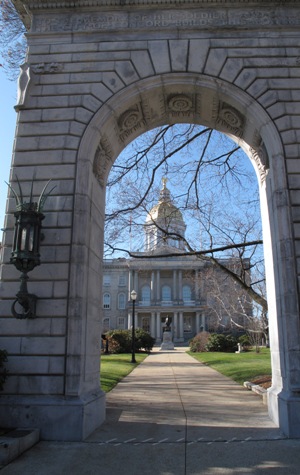 ▲  The Currier Museum of Art in Manchester, New Hampshire runs the Zimmerman House, the only Frank Lloyd Wright house in New England which is open to the public. This model of the house is in the museum.

◄  The Currier Museum of Art is an elegant art gallery which has recently been through a major expansion and rebuild.