There’s been a lot of music in 2009 – check my blog Al Stewart & Newcastle for Leonard Cohen and Neil Young in Australia, Van Morrison at the Albert Hall in London and Al Stewart in Newcastle.

But there’s also been opera in Australia – Lady Macbeth of Mtsensk at the Sydney Opera House. And quite a lot of opera in England: 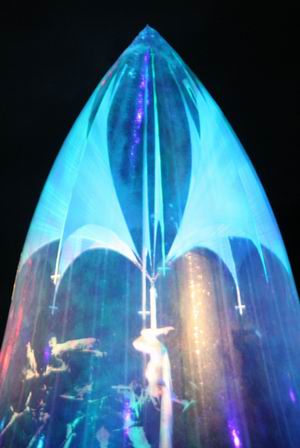 Last week there were two outdoor music festivals. The Henley Festival had a floating stage beside the banks of the Thames featuring (on our night) mezzo-soprano Katherine Jenkins and the Birmingham Symphony Orchestra. Along with a bunch of other activities including acrobatics inside a transparent ‘tent’ and a fine fireworks performance. 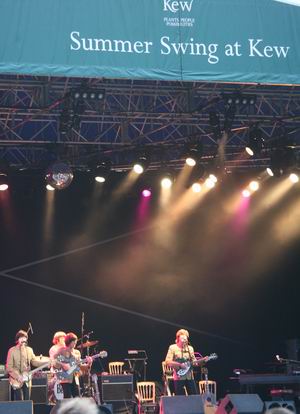 The next night we were in Kew Gardens for Summer Swing which featured two ‘cover bands,’ the Counterfeit Stones and the Bootleg Beatles. Well the bogus Beatles certainly had everybody singing along.

And both nights the English weather co-operated, we did not get rained on.