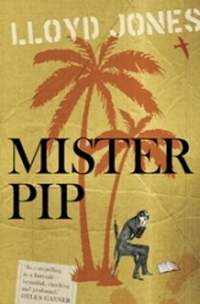 A short list contender for the 2007 Mann Booker prize Mr Pip is set in Bougainville, an island which is politically part of Papua New Guinea, but culturally and ethnically is much more closely related to the Solomon Islands. It’s yet another reminder of how the colonial era chopped up countries in very strange fashions, division which can lead to huge problems much later on.

Bougainville’s problems stemmed from the gigantic open cut mine at Panguna. I visited Bougainville and toured the mine in 1978 when I was working on the very first Lonely Planet Papua New Guinea guidebook.

A few years later a rebellion broke out which eventually closed the mine down in 1989. For the next decade a bitter struggle took place between the BRA (Bougainville Revolutionary Army) and the central PNG government. Although Bougainville would only be a couple of hours flight from Cairns in northern Australia this messy little war (like so many other messy little wars) barely impinged on the consciousness of the outside world. Read the reviews on Amazon and note how many readers not only loved the book (and it is a terrific book), but were amazed to find that this brutal local war had somehow never really featured in international media.

Mr Pip is the Dickens character from Great Expectations and the story of the strange and tragic part he plays in the life of a small coastal village is related by Matilda, a young village girl. Visitors are starting to return to Bougainville, for the current story check our Papua New Guinea & the Solomon Islands book.