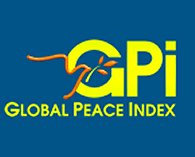 The 2010 Global Peace Index has been released and the most peaceful country in the world? No change from last year, it’s New Zealand followed by Iceland. The other four Scandinavian countries also make it into the top 10. The list now includes 149 countries, 99% of the world’s population.

Funded by Australian technology entrepreneur Steve Killelea and researched by the Economist Intelligrence Unit the index uses 23 indicators to calculate a country’s peacefulness. The most peaceful countries tend to be good at other ‘good’ things as well. They tend to have:

Right at the bottom? Iraq, followed by Somalia, Afghanistan, Sudan and Pakistan. And then Israel … and this was before the recent ‘boarding ships in international waters’ exercise which presumably would have sunk the country’s reputation even lower. In fact Israel was even closer to the bottom last year, Somalia and Pakistan have managed to fall lower in the past 12 months.