I spent a few days in Moscow before I went to Kazakhstan to see a ‘space tourist’ go into orbit and made a tour of some of the cities finest subway stations. Many of them are real works of art, dating from Stalin’s 1930s heyday. The Walking Tours section of our Moscow city guide includes a subway tour, you buy one ticket and the trains come by so frequently you can stop at a station, admire the architecture and art work and when you’re ready to go a train should come along in less than two minutes. 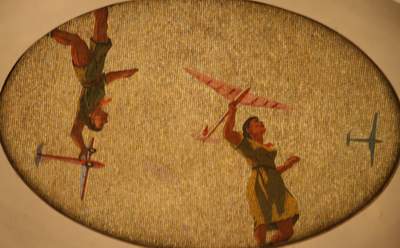 I particularly liked the mosaics of aerial scenes at Metro Mayakovskaya, like the one of children playing with model airplanes. 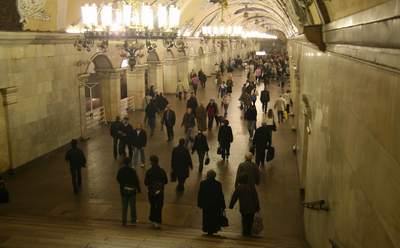 Many of the stations are elaborately decked out with marble and chandeliers, Metro Komsomolskaya is a typical example. 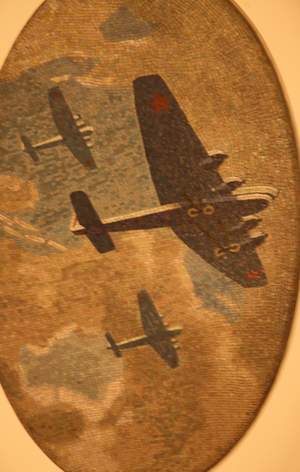 I particularly liked the mosaics (I’ve always liked mosaics) which decorate many of the stations. Metro Mayakovskaya, which won a prize at the 1938 World’s Fair in New York City, has a series of mosaics in the ceiling all showing aerial or aviation scenes.

At Metro Beloruskaya the mosaics are all of scenes of everyday socialist life, like this dairy farming scene. 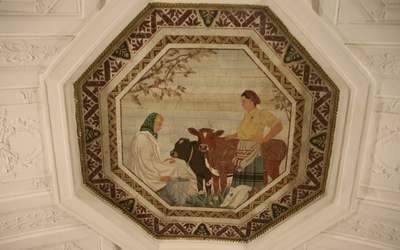 While at Metro Kropotkinskaya it’s bas relief wartime scenes of the Soviet military in action.