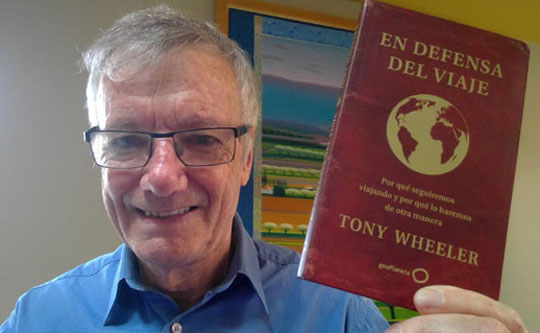 Locked down – trapped even – in Australia during the pandemic I have been travelling in words at least. I’ve written one whole – little – book for the Spanish publisher GeoPlaneta about why we travel and what travel might be like after the pandemic. No I didn’t write En Defensa del Viaje in Spanish although I was very pleased to able to quote – in Spanish – Ana Briongos’s wonderful brief paragraph on why travel is so important, particularly for young people. It features in her book Negro sobre Negro – in Spanish – which Lonely Planet translated and published back in 2000 as Black on Black – Iran revisited, because indeed her book is set in Iran. I’ve quoted that perfect paragraph many times, but here it is again:

• I was twenty, travelling on my own, and I never had any problems. I had deferred my course at the Faculty of Physics in Barcelona, with its classes, pracs and exams, to immerse myself in the permanent university of travelling through other countries and getting to know their people. It isn’t just the forests, the seas, the rivers, the deserts, the paths and the daybreaks that teach you things; it isn’t just the monuments and the museums: it’s also the men, the women and the children who live by those paths and in those deserts. It’s important to travel when you’re young: you travel light and cheap, and your heart is like a sponge. The paths across the world make up a school which tempers the character and reinforces tolerance and solidarity. You learn to give and take, to keep the doors open in the house of the spirit, and above all to share. You learn to enjoy small things, to value what you have, to be happy in times of scarcity and to celebrate abundance. You learn to listen, to watch, and to love. Young people from wealthy countries should all spend a year of their lives, before family and work obligations tie them down forever, travelling around the world, from city to city, from village to village, with a pack on their backs. They’d lose a year in the race for success – but what’s a year? – and they would gain personally, because it would open their horizons, which are often limited to chasing marks in an exam, and the world would be a better place.

I was only one of the lesser contributors to 100% Pure Future which I posted about on this website just a few days ago. Again this was a book looking at travel post-pandemic, but this time from the New Zealand rather than the Spanish perspective. The publishers, Bridget Williams Books, in their BWB Texts series, assembled a stellar group of kiwi experts to look at the problems and challenges facing tourism in Aotearoa and how it can come back better, but not necessarily bigger, post-pandemic. 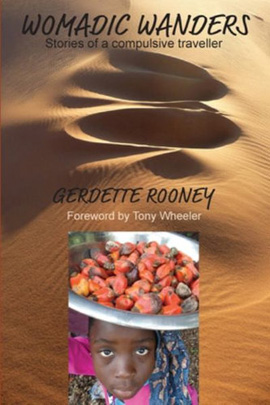 I’ve played smaller parts in several other publications, I wrote a foreword for Gerdette Rooney’s delightful Womadic Wanders: Stories of a compulsive traveller. Her travels start with childhood smuggling expeditions across the Ireland to Northern Ireland border, back when there was a ‘hard border’ and there clearly were things worth more on one side than the other. From there her wanders took her from Saddam Hussein’s Iraq to post-earthquake Haiti with numerous diversions in between. I noted that she was terrifically good at finding something very important at the end of the day when you’re travelling: ‘a cold beer.’ 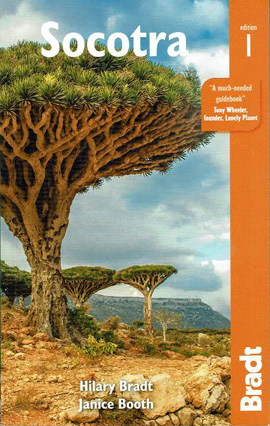 My last trip pre-pandemic – indeed it was interrupted, cut short a couple of days, by the pandemic – was to the Yemeni island of Socotra. Wonderful place! Long time adventurous guidebook publisher Hilary Bradt and her sidekick Janice Booth were there, working on the Bradt Guide to Socotra just before my trip and the book is now on the shelves, a remarkable achievement given all the headaches for guidebook publishers at the moment. I did nothing more to help it along than send Hilary and Janice the notes from my Socotra experience and give their crowdfunding appeal a little kick along. Although I did add the honest comment on the front cover: ‘A much-needed guidebook.’ 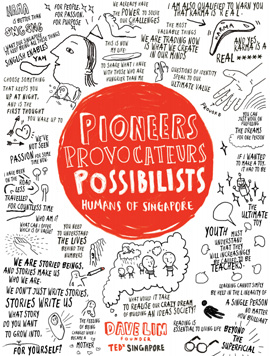 Five years ago Dave Lim, Founder TEDxSingapore, hosted a TEDx conference in Singapore to celebrate the country’s 50th birthday. I came along to talk about my long relationship with the country, to muse on my many visits and to point out some of the big changes, some of the things that make Singapore so wonderful, but also to underline that not everything is squeaky clean and extra nice in the city state. All of it in the 18 minutes a TEDx talk allows you.

Dave Lim followed up that Singapore TEDx session with a recent digital version which I also joined.

Plus with IdeasWorthDoing he published Pioneers Provocateurs Possibilists: Humans of Singapore a book which collect 26 TED and TEDx speakers, putting their talks into print. Including mine! I note that for me a visit to Singapore is not complete without at least one visit to a Hainanese Chicken Rice specialist. It’s the signature Singapore dish and Dave has pointed me towards a couple of places in Melbourne turning out very good versions of that important recipe.

I’ve got at least two more books ‘coming soon,’ I’ll report on them in more detail when they’re published. All I did was write a cover blurb line – for Tim Richard’s across Australia rail journey book Heading South. I wrote a foreword for Why Travel from the Independent Transport Commission and Bristol University Press. I could suggest this is the post-pandemic report from the UK, an equivalent to the Spanish and New Zealand publications I’ve been involved with, but in fact it’s more a general academic report on the whole spectrum of reasons for why for us – the human race – travel is so important.