Earlier this year I was fortunate to meet a man whom I admire enormously – Mo Ibrahim. Born in Sudan he followed a BSc at the University of Alexandria in Egypt with an MSc and then a PhD in the UK and a career in mobile technology culminated with setting up his own African mobile phone network Celtel. ‘Africans can’t afford mobile phones,’ the doubters pontificated. They were wrong, Mo was right, today he’s a billionaire.

In 2006 his foundation launched the Prize for Achievement in African Leadership. Win a fair election, govern your country well and leave when it’s time to go and you could take away the prize, US$5 million over 10 years and then US$200,000 a year for the rest of your life. It’s bigger than the Nobel Peace Prize and was won in 2007 by former president Joaquim Chissano of Mozambique and in 2008 by Festus Mogae of Botswana. Unhappily earlier this month the prize committee announced that they couldn’t find anybody to award the prize to in 2009. 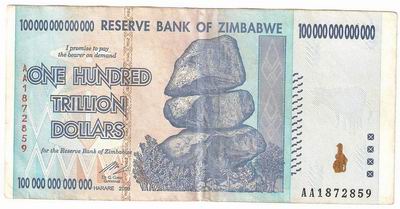 Just think, if Mugabe had done a better job of running Zimbabwe – and quit – his wife Grace could be enjoying her shopping trips to Hong Kong with a clear conscience. Check the Google Earth Community if you want to see where she lives in Hong Kong.