I’ve been catching a lot of events at the Wheeler Centre in recent weeks and I’ll certainly be there for the Deakin Lectures starting on Sunday 6 June. Named after Alfred Deakin, Australia’s second prime minister, they’re an annual series of lectures and discussions on some important issue for Australia. This year the topic is climate change and the Wheeler Centre is the new home for the 10 events running from 6 to 12 June. 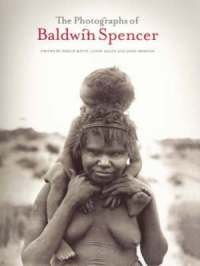 The Wheeler Centre is in what used to be the old Melbourne Museum in the State Library. The museum moved to a shiny new building in Exhibition Gardens and recently Maureen and I enjoyed a backstage tour of the museum’s extensive Aboriginal collection. It woke me up to the remarkable photographs taken by Spencer Baldwin on his expeditions into outback Australia, at a time when European contact had not yet had an overwhelming effect on the tribes of central and northern Australia. 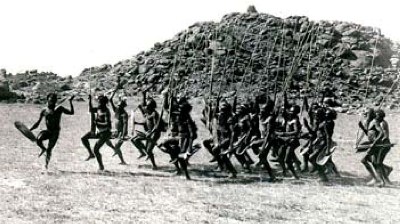 This photograph of an ‘Arrernte welcoming dance,’ taken on 9 May 2001 at Alice Springs in central Australia is typical of the superb photographs in this intriguing book.

Something completely different? There’s a Titanic exhibition on at the museum until 17 October 2010. I found the cards, letters, clothes and personal possessions particularly interesting. Remarkably they have survived nearly a century 4km down and can be connected directly to a passenger or crew member. They include a collection of items from one gentleman who missed the ship, his trunk didn’t. It’s amusing how many first class passengers were travelling under assumed names and/or with their mistresses.