Locked down in Melbourne I’ve been pedaling my bicycle around and thinking about places with – for me – a Melbourne history. I’ve lived in Melbourne for far too long, a lot of those years in Richmond, a ‘suburb’ which went from Struggletown – I’m reading that book at the moment and will post something on it soon – to the flash suburb it is today. A place full of cute little million dollar (often 2 million dollar) designer homes to the showrooms for everything from Rolls-Royce, Aston Martin, Lamborghini, Lotus, McLaren, Maserati and Ferrari to Tesla. 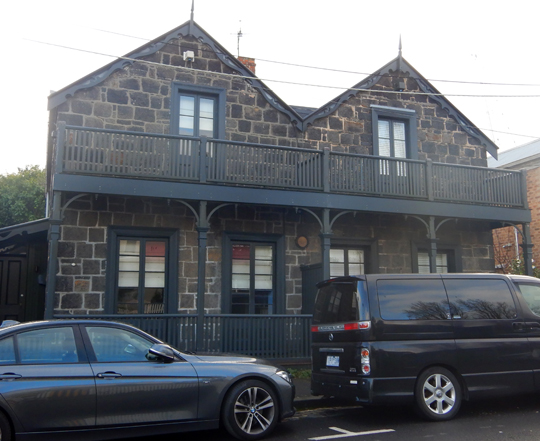 ▲ Not far from where I lived in Richmond in the late 1970s were these two houses on James St, built in Melbourne bluestone in 1857 and amongst the oldest houses in Richmond, even in Melbourne. 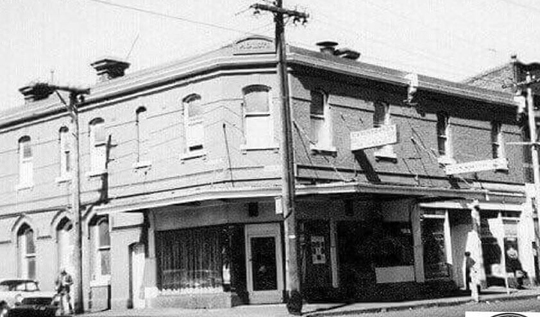 ▲ Richmond, when we first moved there, was still strongly Greek and the Laikon Restaurant was the most Greek centre in a very Greek suburb. Sadly I never took a photograph although Maureen and I were regular visitors. We used to borrow the IBM Composer at Primary Education’s office on Rowena Parade at night to typeset Lonely Planet’s first guidebooks. Then we’d walk back to our house on Durham St – was it really 2km away? – and often stop for a souvlaki at the Laikon en route. The bottle shop on the corner sold retsina and the Laikon had a corkscrew, chained to the wall by the kitchen, where regulars knew to uncork their BYO (Bring Your Own) wine.

▲ The owner of the Laikon was clearly doing very well, his Ford Falcon GT Cobra was always parked right outside. There’s British Racing Green, Italian red, French blue and American white-with-two-blue-stripes. Don’t ask me why, but it also happened to be Greek national colours and today an Australian Ford Falcon GT Cobra from the late-1970s would be worth a small (even large) fortune. 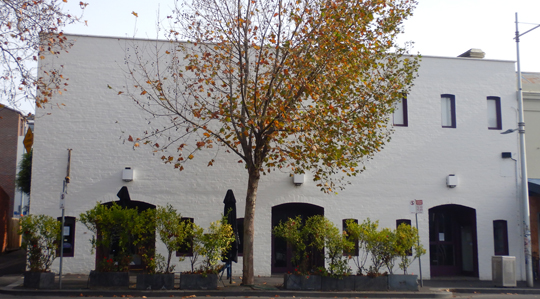 ▲ In that same era we would often meet friends at Jimmy Watson’s Wine Bar in Carlton for Saturday morning newspapers, talk and wine. That’s Jimmy Watson’s as it is today, all those years later, in 2021.

▲ A rusty Datsun 120Y, a car which was usually rusty long before its time.

Then we would retire across the road to Cafe Paradiso for a lunch which often stretched far into the afternoon. At which point one of our group would inevitably discover that she’d locked her car keys into her Datsun 120Y. Give me a coathanger, in those days, and I could break into a Datsun 120Y in minutes. The Y stood for ‘Y bother.’ Afterwards we would drive home, despite all the wine we’d consumed. Sorry. 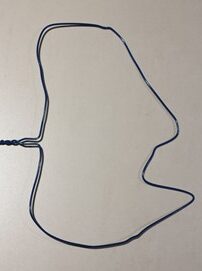 ◄ In 2014 I talked about maps at the National Library in Canberra and related how coathangers could be bent into the shape of a map of Australia and became replacement car radio aerials. My example of this craft joined the National Library’s map collection. A few years earlier Maureen and I had been driving around Japan with our children and, one day, managed to lock ourselves out of our rent-a-car, we ducked into a dry cleaners to borrow a coathanger (that took some explaining), but before we had a chance to show our car-theft-skill a couple of Japanese taxi drivers had realized what was up and stepped in to show their own car-theft expertise. And, in truly Japanese fashion, look after the misguided foreigners.