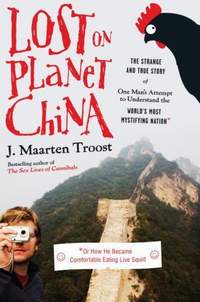 J  Maarten Troost’s recently published book on China, Lost on Planet China, seems to follow the Paul Theroux school of travel writing, the grumpier I am the better the experience. By the end I was a little fed up with his constant complaints about pollution, greedy taxi drivers and people spitting. Yeah the pollution has got worse (much worse), but I don’t think the taxi drivers are anywhere near as greedy as they used to be and there’s far less spitting. Get over it.

Sometimes my experiences of China seem to have been diametrically opposed to Maarten’s. En route to Putuoshan Island in 2005 I stopped in Ningbo, just like him, and commented in my Ningbo blog that ‘it’s a town I take an instant liking to.’ 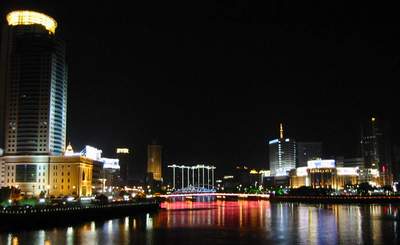 Which was not the impression it created for Maarten, he found it a ‘soul crushing dump,’ although admittedly his only experience of Ningbo was to change buses there. But even the bus station seems to have gone downhill since 2005.

Towards the end of the book, as his sourness really gets on top of him, Maarten comments (on some scam he thinks is to do with bound feet) that ‘Binding feet had ended generations ago. There wasn’t a woman alive in China whose feet had been bound.’

Well it was a few years (but not that many) back, so she might have died by now, and she might have been the last woman in China with bound feet, but I wrote in my book Bad Lands:

But things change fast in China. Maarten stays in the world’s highest hotel, the Grand Hyatt Shanghai stretches from floors 54 to 87 of the Jin Mao Tower in Shanghai’s Pudong district. Already it’s lost that title to an even higher Hyatt although still in Shanghai. Park Hyatt Shanghai goes from floors 79 to 93 of the Shanghai World Financial Center.