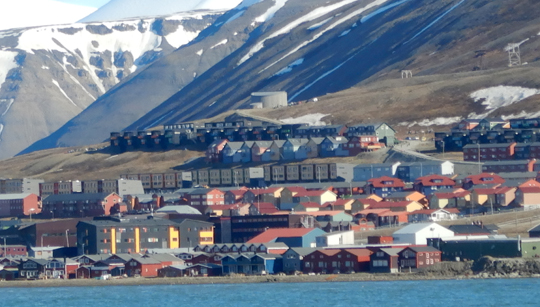 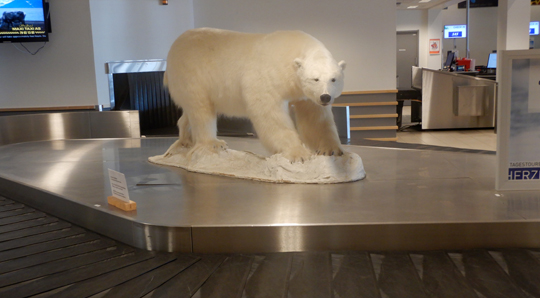 ▲ Visitors come to Svalbard in search of polar bears and the first one confronts you before your bags even pop out on the luggage carousel. In fact they’re far more difficult to sight! 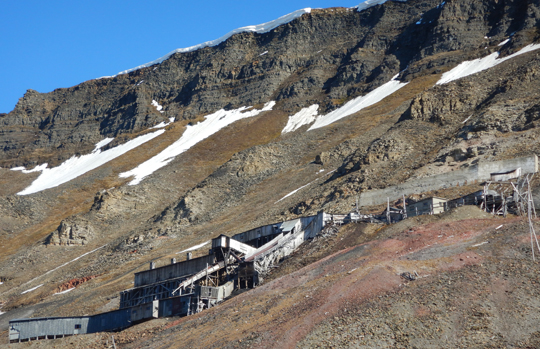 ▲ Coal mines, now out of action, are dotted around Svalbard, some like Mine 2b, Julenissegruva – Santa Claus Mine are actually within the city limits. 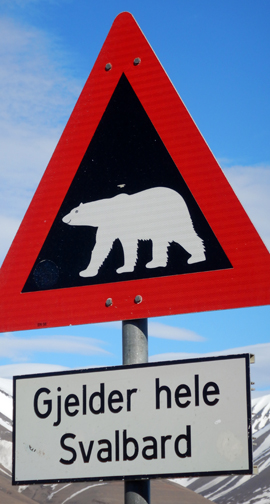 ▲ In summer Svalbard’s huge fleet of snowmobiles, they outnumber the population, are lined up all around town, waiting for the winter snow to arrive.

◄ You don’t have to drive far out of town to encounter the first ‘beware of polar bear signs,’ beyond the signs you’re required to carry a gun in case of unexpected bear encounters. In fact you can’t drive very far out of town by road, it’s only when the snow arrives and the snowmobiles get back into action that Svalbard opens up. 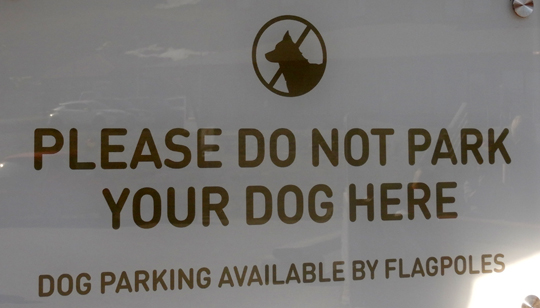 ▲ Signs like this one outside the Radisson Blu Polar Hotel are a reminder that Svalbard also has plenty of dogs, for pulling sleds in the winter. 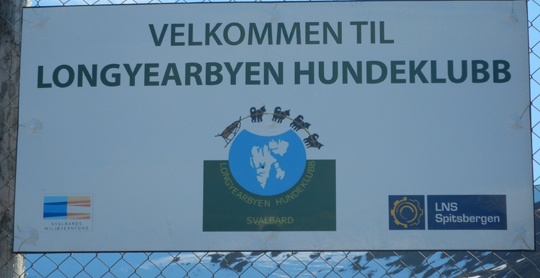 ▲ Sled dogs are noisy animals, people don’t want them around the house, so they’re housed in doghouses – ‘Hundeklubb’ – on the edge of town.