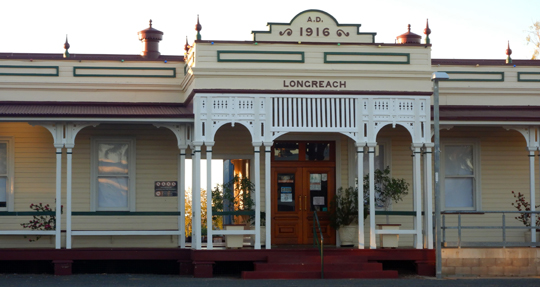 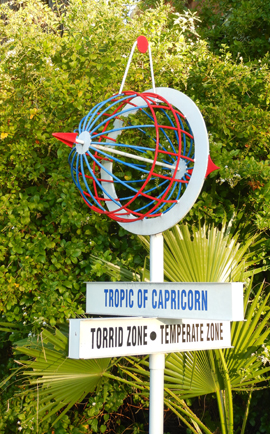 ◄ Across the road from the train station is this marker for the Tropic of Capricon, a reminder that Longreach straddles the line where the ‘Temperate Zone’ to the south meets the ‘Torrid Zone’ – the tropics – to the north. 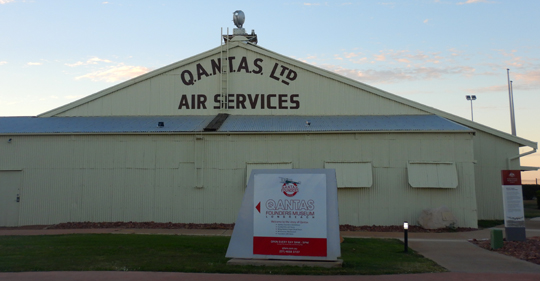 ▲ The big attraction in Longreach is the Qantas Founders Museum because this is where Queensland and Northern Territory Aerial Services was born. Between 1926 and 1929 Qantas actually built seven DH50 aircraft in this hangar.

Qantas has never had a crash? The hangar displays some twisted wreckage from a Qantas DH86 which crashed out of Longreach in 1934 killing the crew of four. The aircraft was en route to Brisbane to be delivered to Qantas so although it was intended to be a Qantas aircraft the airline had not yet taken ownership. 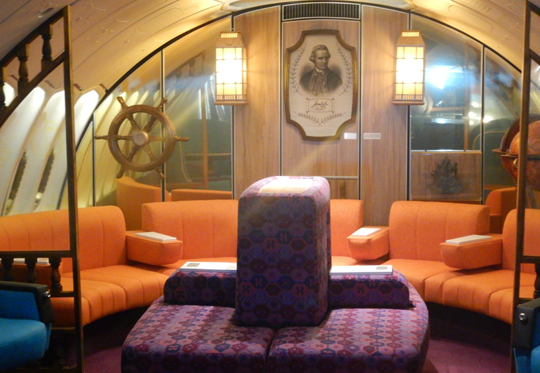 ▲ The museum displays assorted engines and exhibits from the Qantas history including this recent addition, a mock up of the bar and lounge area upstairs in a Qantas 747-200 of the 1970s, complete with a ship’s wheel and a portrait of Captain Cook.

▲ I particularly liked the Barbie doll collection of Qantas uniforms over the years, made by a retired Qantas flight attendant. 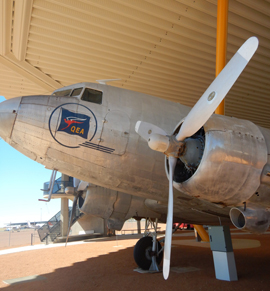 The second part of the museum is the collection of retired Qantas aircraft including a 747-200 and a 707, no it’s not the John Travolta 707 which the actor actually flies. The DC3 was acquired by Qantas after WW II and later went on to a list of other airlines including a spell with Air Niugini in Papua New Guinea before ending its flying career with BPA – Bush Pilots Airways in Queensland. Back in 1982 I made a wonderful flight in a BPA DC3 from Mt Isa to Cairns – with multiple stops along the Gulf of Carpentaria en route. Perhaps it was this aircraft? 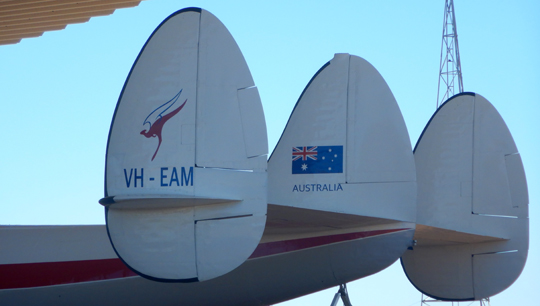 ▲ My favourite of the collection, however, is the wonderful old triple-tailed Lockheed Super Constellation from the 1950s. 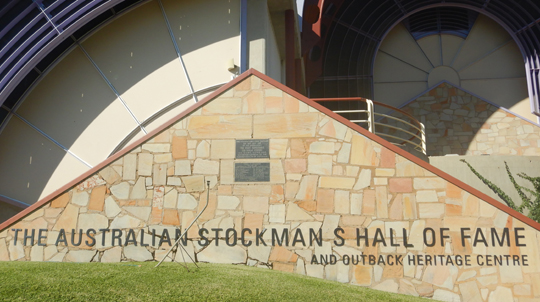 ▲ The Qantas Museum isn’t the only Longreach attraction, there’s also the Australian Stockman’s Hall of Fame. It’s remarkably glossy, perhaps a bit hokey, but well done. There are recordings from assorted people connected with the exhibits and you can listen to their stories on headphones as you walk through the exhibits. 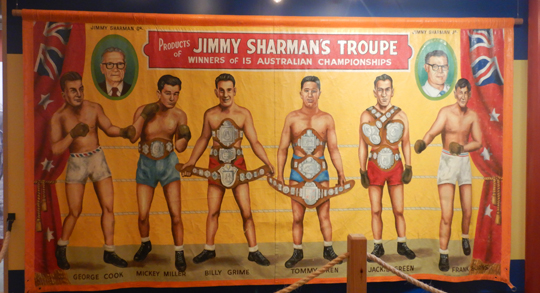 ▲ Like Jimmy Sharman’s boxing troupe which travelled through outback towns offering five pounds to any local contender who could last three rounds with one of the troupe’s boxers. 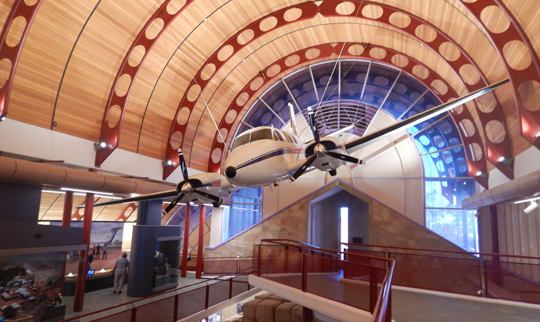 ▲ There’s even a plane to contend with the Qantas aircraft across the road. This Queen Air is part of the RFDS – Royal Flying Doctor Service – exhibit.