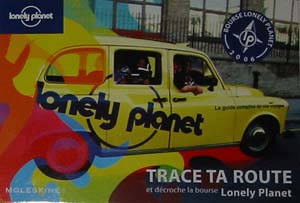 PSB, the publisher of Lonely Planet guides in French, awarded their ‘2006 Bourse Lonely Planet’ in Paris in late February and I was their to help judge the winner. Bourse translates more-or-less as ‘grant’ in the British university scholarship sense. The ‘Bourse Lonely Planet’ offered two €5000 bourses to the young (20 to 28 years of age) travellers who dreamt up the best ‘trip following a mythical route’. The jury, which included photographer Yann Arthus-Bertrand who was responsible for the mega-selling ‘Earth from the Air’ book, had seven finalists to decide between.

Projects included following Australian road trains from Adelaide to Alice Springs, tracing the route of the legendary (or imaginary?) Saraswati River in India and studying the changes along the route between Kyoto and Tokyo (Edo) where Hiroshige painted his 55 views of the Tokaido.

Our final winners, and it was a touch choice, went to two sparky young women who wanted to follow the legends of Icelandic trolls on foot and horseback along the west coast of the island and to a couple who planned to plot a new walking track through the Carpathian and Transylvanian regions of Romania. 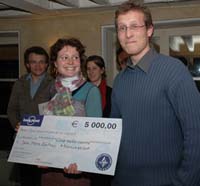 For the full story on the bourse – check our French website.