▲ Signs around Winton claim that you’re in Australia’s dinosaur capital.

▲ Part of that claim can be credited to the Lark Quarry ‘dinosaur stampede’ site. A modern building protects the site and features a café and a small theatre for introductory talks before visitors see the evidence. 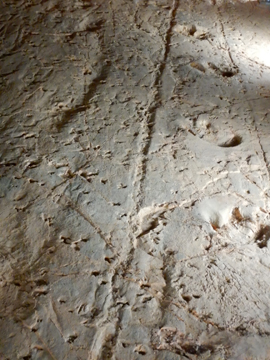 ◄ About 90 million years ago a group of small dinosaurs were gathered by a lakeside. Most of them were chicken size and that was how the station manager who first found the footprints identified them. Investigations suggested they were two types of smaller dinosaurs which took fright when a much larger predator, possibly a theropod – think of a smaller Tyrannosaurus – appeared on the scene. Unable to retreat into the lake the smaller dinosaurs stampeded past the larger intruder, leaving the tracks we can see today. 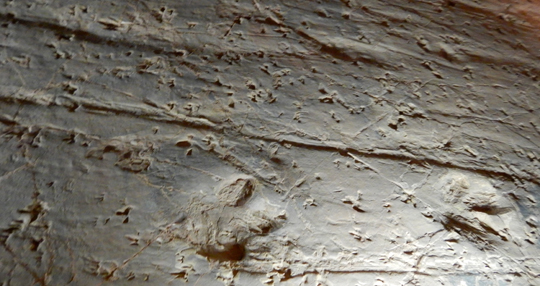 ▲ The long, straight tracks are from a branch or something similar being dragged across the surface by the mud flood which the dinosaurs left their tracks in. 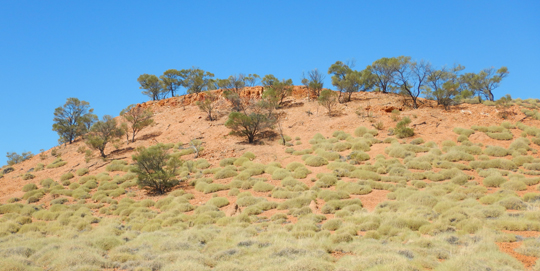 ▲ Apart from the stampede site itself there are a couple of excellent short walks around the site – the 500metre Spinifex Track and the longer 3.5km Jump-Up Loop. 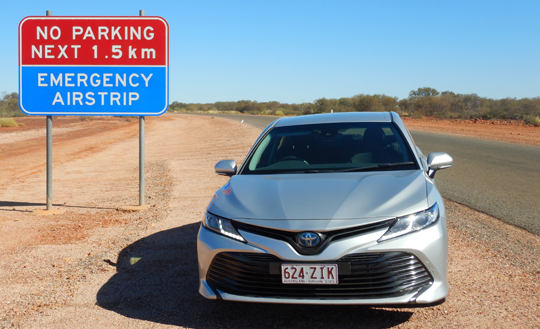 ▲ It’s 110km south from Winton to Lark Quarry. There’s about 45km of gravel road on that route, in the dry at least it’s quite an easy drive, you certainly don’t need 4WD. The gravel road is broken up by sealed ‘overtaking’ stretches, although traffic is generally not heavy getting past a road train on a dusty gravel road is not fun. One of those smooth overtaking stretches also serves as an emergency airstrip.