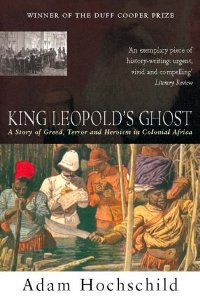 ‘A Story of Greed, Terror and Heroism in Colonial Africa’ is the subtitle of this page-turner of a history. The Greed is down to King Leopold, the Belgian horror story, who grabbed a large tranche of central Africa and ran it ruthlessly as his personal colony. The Terror is what he used to extract untold wealth, first in ivory, then in rubber, from his colony by slave labour, torture, murder, land grabbing and anything else it took to rip the wealth out of the country and ship it back to Europe where he spent it on chateaus, mistresses, extravagant monuments and personal consumption. The Heroism is down to a motley cast of missionaries, journalists and observers like Edmund Morel, a shipping agent, who noticed that ships were coming back from the Congo laden with riches while all that ever went back was soldiers and weapons.

Prising the colony out of Leopold’s grasping hands and turning it into the Belgian Congo in 1908 was an improvement, but it certainly didn’t return land to the people who had been ripped off in ‘an even worse trade than the Indians made for Manhattan.’ Unhappily independence in 1960 only led to a change of name to Zaire and more greed and terror, this time from the country’s own despot, Mobutu. Despatching Mobutu in 1997 simply led to another disaster, this time in the ‘Great War of Africa.’ 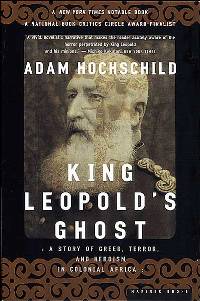 This was the perfect book to read during my recent Congo DRC travels and just to prove that nothing changes my final stop was in Goma. In February this year a Gulfstream private jet registered in Texas arrived in Goma with an American (Edward ‘Carlos’ St Mary) on board, plus Nigerian Mickey Lawal, half brother of Nigerian-born Houston oil tycoon Kase Lawal, French businessman Franck Stephane M’Bemba, Nigerian businessman Alexander Adeola Ehinmola and three American crew members. Oh, and US$6.5 million in cash which would have been swapped for around 1000 lbs (450kg) of gold, worth about US$23 million at current prices.  Except somebody betrayed somebody, the plane, passengers, crew, money and gold were all grabbed and everybody sat down for a long stay in Goma.

A month later, by which time a lot of the gold and cash had mysteriously disappeared, a US$3 million fine was paid and everybody flew home. Definitely some greed in that story, probably some terror, definitely very little heroism. Particularly when you throw Bosco Ntaganda into the equation, a Congolese warlord with an arrest warrant out for him from the International Criminal Court (ICC) in The Hague for war crimes. Supplying gold supports his activities and helps fuel the continued level of unrest in parts of the country.