Maureen and I made a backstage tour of Kew Gardens in London. I’ve been to the gardens a few times over the years and made too many close visits on final approaches into London’s Heathrow Airport. There’s a great deal of discussion about London airports at the moment and when an aircraft comes over every minute or two it’s a reminder that if you were building an airport for London today you certainly wouldn’t put it at Heathrow. 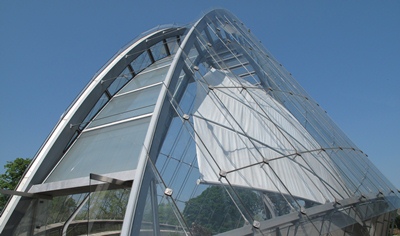 The gardens are a popular London attraction and always pleasant to wander, with attractions like the Xstrata Treetop Walkway or the neat little Alpine Greenhouse, designed for mountain plants which like bright sunlight without the hothouse heat and humidity of conventional greenhouses. 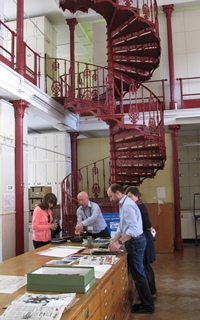 ◄  Going backstage, as we did is a reminder of how much science goes on behind the scenes. We were shown the herbariums like this one. 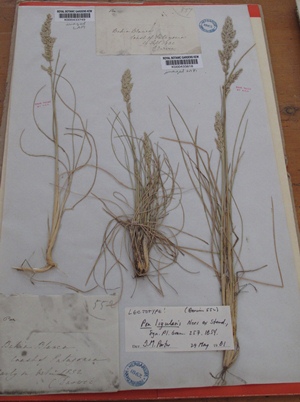 Where this century old plant sample from the coast of Patagonia carried Charles Darwin’s name as the collector, a sample from his voyage on HMS Beagle.  ►

My favourite stop on this visit, however, was at the North Conservatory with its wonderful collection of paintings by Marianne North. In 1871, at around the age of 40, she off to travel the world painting flora, an activity which lasted for 15 years. Most of her paintings – nearly a thousand of them? – are clustered in this building and it’s a real trip. There were so many places I could identify by the buildings, the locations and even by the vegetation. It’s terrific. 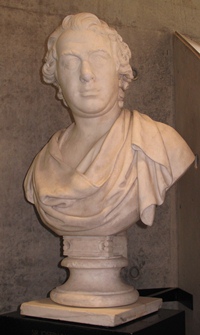 ◄  I’ve always said if I had a time machine to take me back to join some historic traveller I’d team up with Joseph Banks on his voyage of discovery on HMS Endeavour with Captain Cook. So it was fitting to encounter this bust of the great botanist.

And, of course, it’s simply a delightful garden, especially in the late spring, with so many wildflowers in bloom.  ▼ 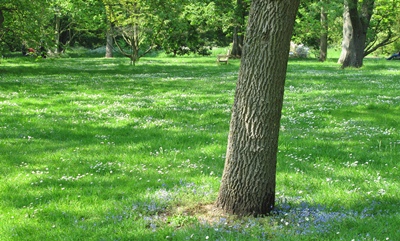