Having chaired the panel of judges for this year’s Dolman Travel Book of the Year Award – Wild Coast the well-deserved winner – I thought I should read the last couple of winners. 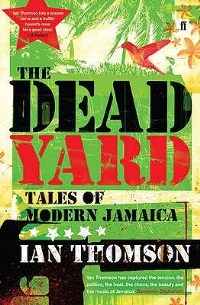 The Dead Yard, Ian Thomson’s book about Jamaica, picked up the award two years ago. I’d travelled around Haiti with his excellent Bonjour Blanc and I returned for a second look at Haiti earlier this year. So I was surprised that his Jamaica explorations didn’t do it for me. In fact his final sentence pretty much summed it up: ‘I was in no hurry to go back to it.’ He clearly didn’t enjoy it. A less than enthusiastic New York Times review hit the nail on the head. 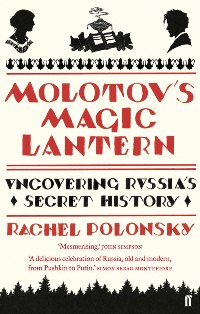 Rachel Polonsky was much more enthusiastic about her Russian travels in Molotov’s Magic Lantern although she also makes it abundantly clear that it’s a country with lots to be concerned about. Many of the artists, academics, writers, politicians and assorted heroes of the Soviet Union that flit through the pages – and my God there were an awful lot of them, characters not pages – come to distinctly unpleasant ends. Georgian Joe – and his sidekicks like Molotov – have a lot to answer for.

I’ve only really got into eBooks this year although by the end of the year I reckon I’ll have read as many eBooks as paper ones. Clearly, however, eBooks are still a work in progress and Molotov’s Magic Lantern illustrates some of the problems publishers need to get to grips with. In most of the chapters all the apostrophes and quotation marks had disappeared along with any accented letter. So seven times in the book there are references to a building’s façade, all of them rendered as ‘faade’. There’s also a tte—tte! That would be tête-à-tête if the accented letters had survived. Clearly no editor had even glanced at the eBook version of this one.

Plus the couple of maps (Moscow and all Russia) are totally useless. They’re far too small to read, but if you enlarge them, which is easy to do with an eBook, the resolution is so low that you cannot see a thing!