If the madman in the White House – you know who I mean – does decide to take out a few Iranian cultural centres I certainly don’t want to provide him with a checklist. UNESCO already has, in that there are 24 World Heritage Sites he could be picking and choosing from. Nevertheless here are a half dozen randomly selected, well known and little known, but all rather wonderful sites I’ve visited in Iran over the years. 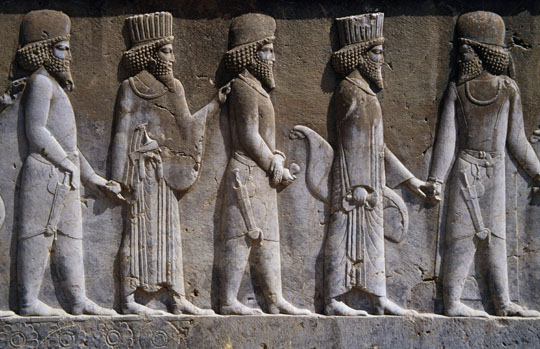 ▲ Persepolis
Starting with that magnificent ruins of the city Alexander the Great tried to destroy in 330BC. Surely Donald the Dummkopf isn’t dreaming he could be elevated to Donald the Great if only he completed the great Greek’s destructive work? 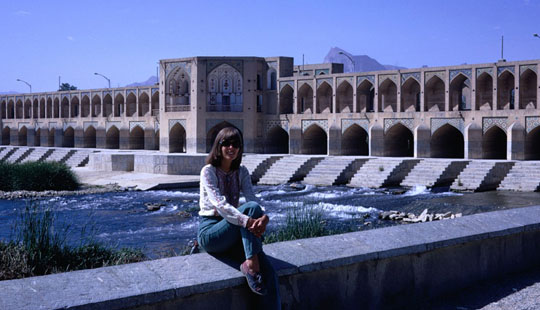 ▲ Isfahan
‘Isfahan is Half the World’ Shah Abbas suggested back in the late 1500s, a conclusion the New York Times repeated in a 1975 story. I first visited Isfahan in 1972, an era when my wife Maureen could be photographed beside the Khaju bridge without a head scarf. It was still just as beautiful on my most recent visit there in 2004. 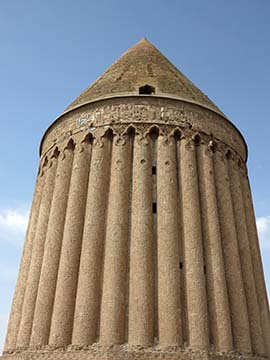 ◄  The Radakan Tower
A curious astronomy observatory construction (although nobody really knows) out in the country in the middle of nowhere, just west of Mashhad to the east of Iran. We stopped there on my 2017 drive across Iran in an old MGB. Sadly we didn’t stop later the same day at the much larger Mil-e-Gonbad, which sounds as if it is very similar. One of our group had an accident and that delayed us so much we never got there. 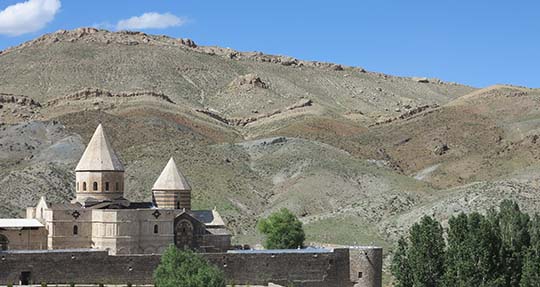 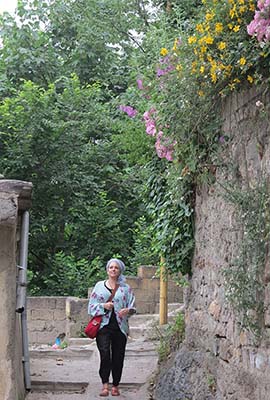 ▲ Black Church or Kara Kilise
It’s the oldest Armenian Orthodox Church in the world or maybe even the oldest church in the world, whatever I thought it was fabulous when I drove there in 2017. It’s another of those places where you think ‘why didn’t I know about this before?’ and it led me to visit lots more old Armenian churches in Armenia itself last year.

◄  Masuleh
This charming mountain village is built so steeply up the mountainside that the houses are often perched one on top of another. It’s just inland from the Caspian Sea, not far south of the border with Azerbaijan. It was another place we stopped on the Silk Road MGB trip in 2017. That’s my daughter (and Iran co-driver) Tashi walking up through the flower-decked streets of the village. 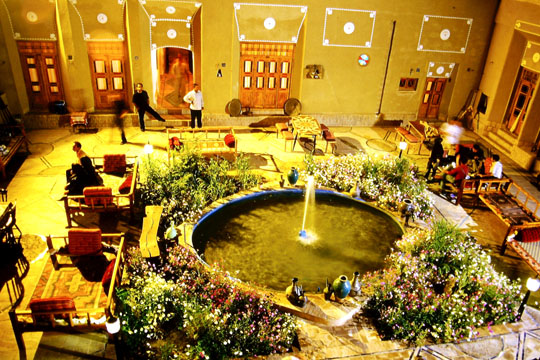 ▲ Silk Road Hotel in Yazd
The whole city of Yazd qualifies for World Heritage status and with plenty of good reasons from underground water channels known as qanats to wind towers known as badgirs, then there’s a Zoroastrian fire temple and Zoroastrian Towers of Silence (it’s amazing how many other religious sites apart from the Islamic ones pop up in Iran) and for tourists the hotels and restaurants qualify as cultural centres as well, like the Silk Road Hotel where I stayed.

I wouldn’t pretend that everything is good in Iran – last year I posted about the country’s nasty habit of taking hostages along with the New York Times op-ed piece I wrote, which never appeared in the New York Times. But Iran is, of course, a long way behind Saudi Arabia when it comes to terrorism (9/11 and general promotion of Wahhabi madness), war crimes (Yemen) or even just casual murder (Khashoggi). On my 2017 Silk Road trip I posted about the general Iranian friendliness so many visitors encounter. 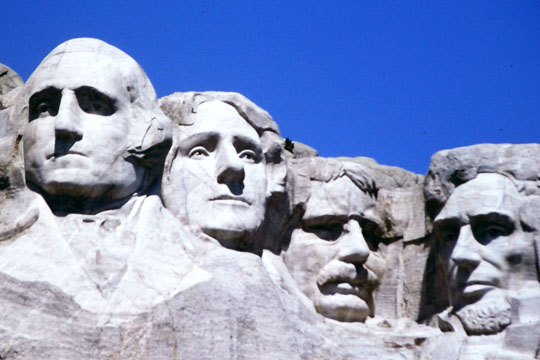 ▲ Mt Rushmore – Washington, Jefferson, Teddy Roosevelt, Lincoln
Now if Iran decided to take out some American cultural centres where would they start? Remarkably and coincidentally UNESCO lists 24 World Heritage Sites in the USA, just like in Iran. A destruction list wouldn’t start with Mt Rushmore in South Dakota presumably, since Donald’s visage doesn’t appear there … yet. Disneyland, the original one in Orange County, LA? The Lincoln Memorial in Washington DC? Elvis Presley’s Gracelands in Memphis? They can’t add the Twin Towers in New York City to the list, the Saudis have already taken that one out.