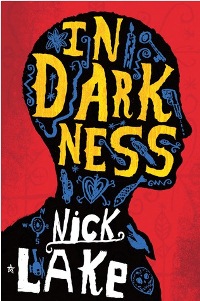 Nick Lake’s novel jumps back and forth between Haiti in the aftermath of the 2010 earthquake and Haiti during the slave revolt which led to liberation from France. In ‘Now’ we’re with Shorty, 15 years old and trapped in a hospital room which has collapsed with the earthquake. He was there with a gunshot wound from Port au Prince’s ongoing violence. ‘Now’ alternates with ‘Then,’ the story of the inspired Toussaint L’Ouverture and his struggle to liberate his country from France. Eventually L’Ouverture is double-crossed and he too ends up ‘in darkness,’ in a chilly dungeon in France.

Gradually the two threads merge, but does Shorty escape from his modern dungeon? I won’t spoil the tale. If you’re visiting Haiti – and I read In Darkness en route to a return visit – it’s a terrific introduction to the country’s violent creation and its equally troubling current situation.