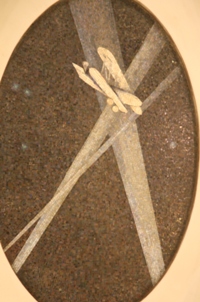 Here’s an example of the artwork at the aviation-focussed Metro Mayakovskaya station in Moscow. Click here for more Moscow metro photos, Stalin may have had other faults, but he certainly built a beautiful subway. 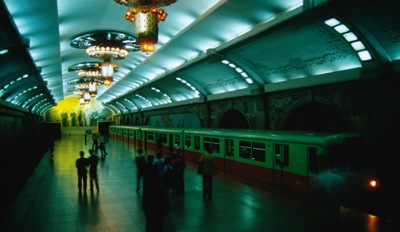 And here I am trying out a Lonely Planet digital guide on a Sony PlayStation Portable on the London tube. 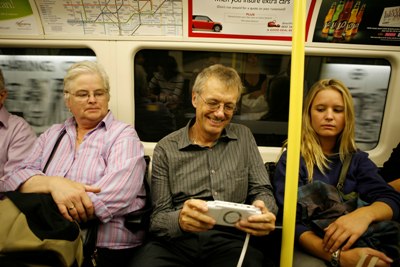 Now taking those photographs in those subway systems was quite legal, ditto for the Paris Metro or the New York Subway where New Yorkers protested so loudly about a plan to ban photography after 9/11 that it didn’t happen. But here’s an illegal photograph, taking this photograph was against the law and I could be subject to ‘heavy penalties.’ 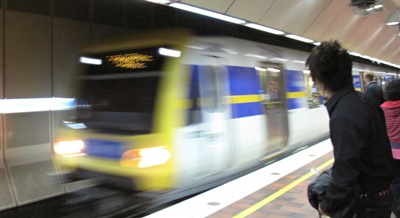 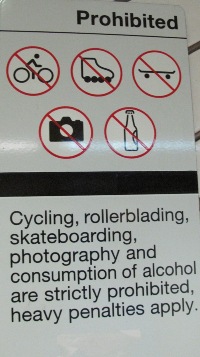 Yes, it’s Melbourne, Australia. Alone of those subway systems it’s illegal to take photographs on the Melbourne City Loop. Could it be that Australia – in Melbourne at least – is the real nanny state? I’m not too worried about the Melbourne Metro authorities coming knocking on my door – I reckon they’re too busy trying to get their Myki smart card system working to waste time on chasing illegal photographs. I’ve had my Myki card since 9 January 2010, blogged about it on 1 March 2010 and it’s still not fully functional.

On the other hand I have been fined on a city subway system during the last 12 months. Click here to find out what happened to me (and three other people including the travel editor of the London daily newspaper the Independent) in Budapest. It was a blog which got me a surprising amount of attention in Hungary!