Criticising a book or a film without reading it or seeing it is never a good idea. But there are two recently released books, and from opposite ends of the political spectrum, which I’m not going to waste my time reading. 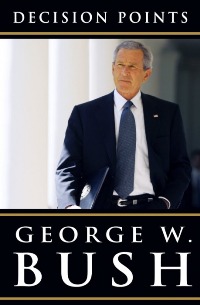 First there’s George W Bush’s Decision Points in which – according to Joe Klein’s Time Magazine review – Mr Bush decides that waterboarding is OK because a ‘lawyer said it was legal.’ The non-existent Weapons of Mass Destruction? The reality that Abu Ghraib was just the visible tip of an iceberg? None of it – according to the reviews – seems to have sunk in yet. Perhaps if he’d written a book called Bad Decision Points or if there had been a subtitle like ‘and the horrible mess that resulted from those Decision Points’ it might have been worth a read. 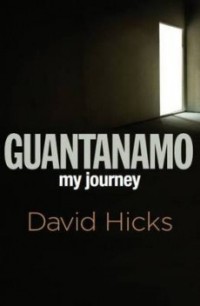 Then there’s David Hicks and his book Guantanamo: My Journey. David Hicks was a young Australian who kicked around doing nothing much, suddenly decides to convert to Islam as a result of reading a bulletin about the religion, with equally little consideration trots off to Kosovo to lend a hand there and then ends up supporting the Taliban in Afghanistan. He’s in Pakistan, not in Afghanistan, when 9/11 takes place, but scampers back to Afghanistan because he’s left his bloody passport behind. As a result he ends up in Guantánamo Bay wearing an orange jumpsuit and killing time for the next 5 years.

This guy wasn’t one of Mr Bush’s ‘The Worst of the Worst,’ he was one of ‘The Most Incompetent of the Worst’ and I really don’t want to read about his incompetence. What I would like to hear him explain is why he thought he needed to lend a hand to an organisation that believed women should not work (even if that meant they starved), girls should not be allowed to go to school and adulterers should be stoned to death. And destroyed those age-old Buddha images at Bamiyan.

Stopping for lunch at a roadside chaikhana between Kabul and Bamiyan in 2006. ▼ 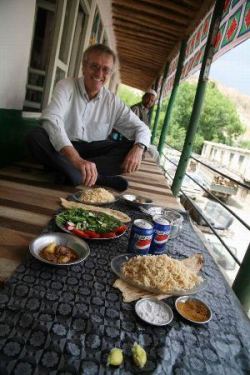 I first remember hearing about the Taliban in 1994 – I write about that first contact in the Afghanistan chapter of my book Bad Lands after I returned to Afghanistan in 2006. It’s worth remembering the Taliban’s takeover was prompted not by their urge to make life in Afghanistan miserable, but because the mujahideen were already making life there so appalling. The one note that doesn’t ring quite true in Khaled Hosseini’s luminous best seller The Kite Runner was that the pederast inclinations he pins on his Taliban monsters could just as easily be pinned on the CIA-supported mujahideen heroes lauded in the Tom Hanks movie Charlie Wilson’s War.

Despite my distaste for him there’s a Lonely Planet and a personal connection to Mr Hicks. It was sources like Lonely Planet, he writes in his book, that introduced him to the Silk Route, the Hippie Trail and to the possibilities of travelling through Afghanistan.

And personally Mr Hicks has cost me $10,000 – I may not have agreed with his actions, but I definitely did not believe he should be incarcerated in the USA’s appalling Cuban hideaway. So in 2006 I wrote a cheque out for $5,000 to David McLeod, the lawyer trying to get him out of Guantánamo, and four months later, when things were still not happening, I wrote another $5,000 cheque.

Perhaps I should correct that statement, I don’t really think idiot Hicks cost me $10,000, I think the Australian Prime Minister of the time, John Howard, cost me $10,000. If my prime minister had been a little more than George Bush’s lapdog Hicks might have already been out before I had to write those cheques.