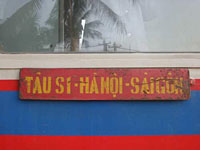 Today’s plan is to leave Hoi An very early, catch a train from Danang to Hue and then have most of the day in one of Vietnam’s most interesting cities before taking the train to Hanoi in the late afternoon. Danang’s train station, with its neat row of little all-in-white taxis, could easily be somewhere in Japan, and the route to Hue often runs close to some dramatic coastline. 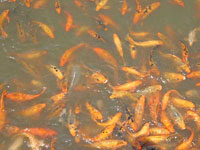 There’s a hotel conveniently close to the Hue station where I get a room to put my gear and have a shower later on for just $5. It is already sweatily hot in Hue. 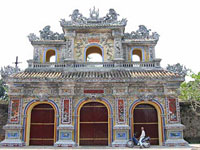 The Citadel, Hue’s equivalent of Beijing’s Forbidden City, is fronted by the huge flagpole where the Vietcong ran up their flag when they held the city during the 1968 Tet offensive. Despite the damage during the Vietnam War (aka the American War, to differentiate it from the French one), the Citadel is still an impressive place to wander. 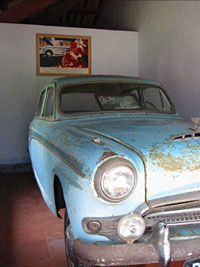 Just outside the city the Thien Mu Pagoda has a fine tower, but it’s a rusting old Austin that is the main interest. In 1963 a monk drove it down to Saigon, parked it, kneeled down beside it and set himself on fire as a protest against the policies of the enormously unpopular President Diem of South Vietnam. The famous photograph of the scene, with the Austin clearly on view, is displayed behind the car.