The worst hotel of the year? McAlpine House in Broome, Western Australia. In 2009 I stayed in about 70 different hotels in 16 countries. Many of them were strictly one night stands although there were a fair number of two or three nighters, the longest visit was six nights. Plus there have been nights camping in Tanzania, Malawi and Alaska and some nights in village guest houses in Laos.

The cheapest place I stayed was the Lithavixay Hotel at Udomxai in Laos where my room cost US$12. A few other places in Laos and in Tanzania and Malawi in Africa came in under US$20. I’ve got nothing to complain about at any of the last 12 months’ budget places – they were plain, simple, clean and quite comfortable, but I’ve done my time in really cheap hotels, I’m not trying to find the cheapest place in town. At the other extreme I’ve had some nights at over US$1000 a night in the past year, all with (very good) food and (very fine) wine included, like the Southern Ocean Lodge on Kangaroo Island in South Australia and Pretty Beach House, north of Sydney in New South Wales.

There have been some pricey city hotels as well – the Park Hyatt in Sydney (US$684), the Chateau Marmont in Los Angeles (US$593) and the Standard Hotel in New York City (US$447) all had price tags high enough to take your breath away. 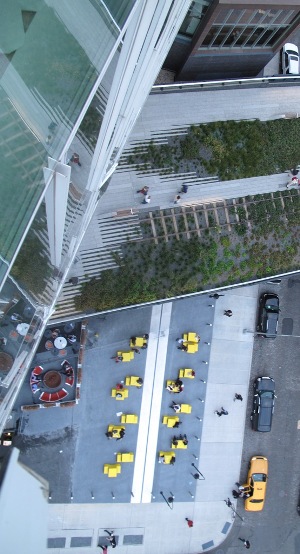 ◄ view from the Standard Hotel

There were, of course, some utterly bland and forgettable places, hotels where beige was the colour and that’s as memorable as they’ll ever be – sorry the Shangri-La in Sydney (US$269), the Voyager in Anchorage (a pricey US$189) and the Park Plaza in Boston.

On the other hand there were some bland and otherwise dull hotels which I can totally forgive because I had such a terrific time when I was there, like the Best Western Kodiak Inn on Kodiak Island, Alaska. There were places I really liked for an assortment of reasons – design, friendliness or just good times. In big European cities the Art’Otel in Budapest (US$137) and the stylish little Hotel Sunset Roma in Rome (I’d guess about US$180) were both great. The Italians can certainly do stylish.

I also enjoyed the Hostaria Hotel Allegria in Udine and L’Albergo Nascosto, in Trieste. In Ireland the G Hotel in Galway and the Twelve Hotel in Barna were also interesting places to stay. 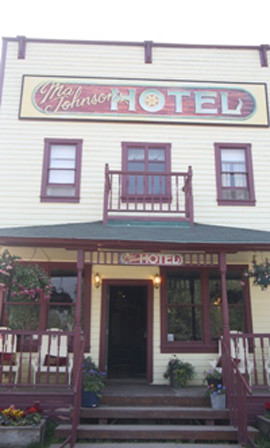 The Ban Pack Luck Villa in Luang Prabang (US$55), the Boat Landing Guest House in Luang Nam Tha also in Laos (US$50), Gjáagarður Guest House in Gjógv in the Faroe Islands (US$137) and Ma Johnson’s in McCarthy, Alaska (US$169) were all fun places to be.

There was the odd place  where I wish I’d tried somewhere else, like Kap’s Place in San José, Costa Rica (US$50) where the rooms were pokey and gloomy and I quickly took major exception to the ‘do this, do that, don’t do something else’ rules and regulations pinned up everywhere.

Which finally brings me round to this year’s worst hotel, McAlpine House in Broome, Western Australia (US$398) which felt like staying on a hotel version of the Marie Celeste. Where was everybody? With zero service (want a drink at the bar? ‘Too bad, we’ve gone home, use your very expensive minibar’) what you were left with was nothing more than an extraordinarily overpriced motel.