Hotels – the best, the worst


I’ve just looked at aerial views – since I’m unlikely to be looking out of aircraft windows again for a spell – so let’s look at hotels as well. My most recent hotel – a bit over four weeks ago, was the Novetel Cairo Airport, my second airport Novetel in the past year and absolutely as you’d expect it to be, ie nothing wrong with that. The previous week I’d spent several nights in the Socotra Hotel in Hadibou, the ‘capital’ of Socotra. We’ll get back to that one. 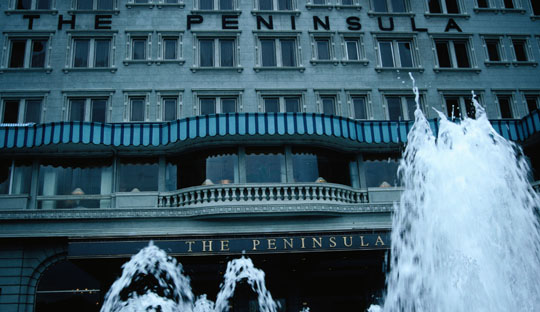 Now over the years I’ve stayed in a fairly wide selection of the world’s ‘great hotels,’ The Peninsula in Hong Kong, The Raffles in Singapore, The Oriental in Bangkok, the The Imperial in New Delhi, most of which I’d be very happy to stay in again. Not The Ritz in London, I never need to stay there again. 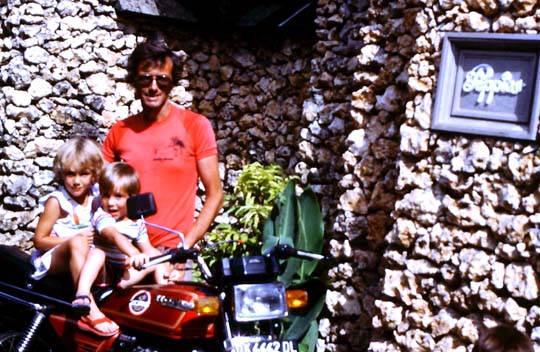 ▲ But more than once I’ve said that if there’s a hotel in the world I’m happy to go back to it’s Poppies in Kuta Beach Bali. I stayed there with my two very young children Tashi and Kieran (aged four and two) in 1985 and yes, they did both have a ride with me on that motorcycle. 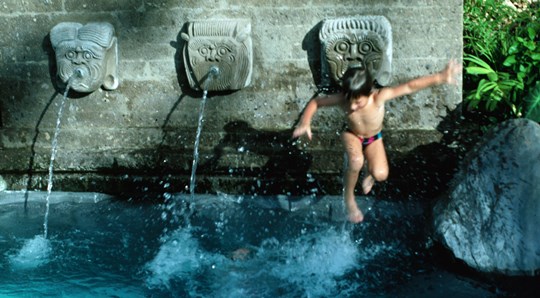 ▲ I was there again with them in 1988, Kieran now five years old when he made that leap into the swimming pool and by myself and with assorted friends I’ve stayed in Poppies several more times over the years and it has always been a delight. In 2018 we brought an international group there, British, American and Swedish friends and they all loved it. Poppies is far from the most expensive or most flash hotel in Bali, I’ve tried those – the Amandari, the Four Seasons Sayan and Jimbaran Bay, the Como Shambhala – and they’ve all been delightful. But so is Poppies and it works just as well for me today as it did when I was younger (and poorer) over 30 years ago. 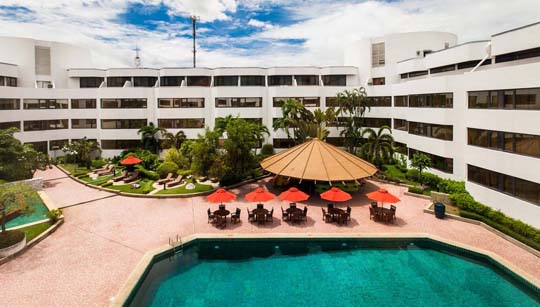 ▲ On the other hand if I have one hotel that’s going to be a favourite for this lifetime it’s going to be the Amari Airport Hotel at Don Muang, the old Bangkok International Airport before Suvarnabhumi opened in 2006. Back when Don Muang was the Bangkok Airport it seemed that anywhere interesting you travelled to required an overnight stop in both directions in Bangkok. So you’d stay right across the freeway and railway tracks from the airport and the Amari had everything: a great swimming pool, a good bar and restaurant, a wonderful bookshop (Lonely Planet’s Cambodia guide was invented in that bookshop after a visit to Cambodia when you still had to dodge the Khmer Rouge around Angkor Wat), and the perfect buffet breakfast. You could check in at the airport, make sure you had the window seat on the starboard side to view the Himalaya on your way in to Kathmandu and then come back for the breakfast. that role as a transit stop was in fact more important than the hotel itself, whenever you were staying at the Amari it was always before or after some fantastic trip – Bhutan, Dacca in Bangladesh, Kathmandu, Saigon, Phnom Penh, Calcutta – they’ve all featured. 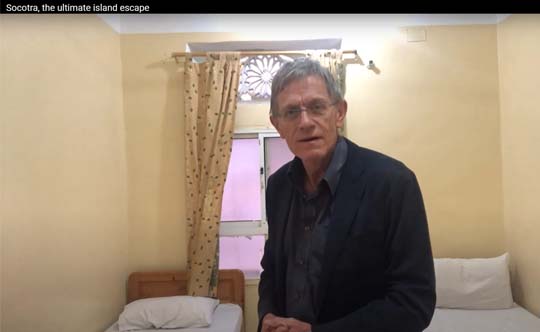 ▲ Which brings me round to the Socotra Hotel in Hadibou. Unfortunately I never took a photograph of my room, but here’s Simon Calder in his adjacent room from his Socotra YouTube video. His room was slightly smaller than mine, but otherwise pretty similar. My report on Hadibou starts with the view of the adjacent mosque – a daily pre-dawn alarm wake-up. Now the Socotra Hotel was far from the best hotel I’ve ever stayed in, but also a long long way from the worst. So it surprised me when I read a blog from another of our Socotra group that this was the worst place he had ever stayed in, right down to the mosquitoes (he had mine, I didn’t even need my insect repellant) and the bed which was so uncomfortable he slept on the floor (my bed was fine). For me the hotel was also clean (enough) the shower showered, the toilet flushed, the fan spun, I never needed to try the air-con and although the TV didn’t work I never needed it. So all in all the Socotra Hotel did the job in a place where I didn’t have high expectations of the hotels.

A few night ago Maureen and I discussed cheap hotels – not bad ones – over dinner and spoke with affection about our first experience of Bali’s cheap hotels – before we moved upmarket to Poppies. On our first stays in Bali in the early and mid-70s we stayed in losmen, small family-run hotels. On our first Bali visit, in 1972, the typical losmen cost 400rp, which happened to be the exchange rate to the US dollar at the time. A couple of years later the standard price had jumped to 600rp, but the Indonesian rupiah had fallen by 50% so it was still dollar-a-night accommodation. For that you got a simple room, with nothing much more than a bed. There was usually a couple of chairs and a table, but that was outside the room, the rooms generally faced into an open garden courtyard and in the morning you’d sit outside enjoying the free breakfast which usually seemed to consist of tea, a banana and black rice pudding. The thing about those dollar-a-night losmen rooms was that they were utterly charming, we’d sit outside thinking ‘could life be any better?’

The bathroom, by the way, was a mandi. The mandi was shared of course and featured a large open water tank with what looked like a plastic saucepan perched on the edge. When you wanted a shower you scooped water out of the tank with the saucepan and emptied it over your head. It was cold water, of course, but the climate was tropical, it felt fine. The toilet was a squat, a hole in the floor and there was certainly no flushing mechanism, you just hurled another saucepan of water down the toilet. That was fine too, the flushing mechanism in developing world toilets often go wrong. This system was 100% fool proof, it always worked. We have fond memories of our nights in dollar-a-night losmen.