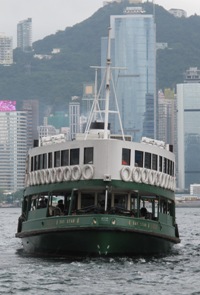 No matter how many times you go there there’s always something new. On my way to and from Macau last week I had three nights in Hong Kong – on Lamma Island, in Central and in Kowloon. Of course one thing never seems to change in Hong Kong, the Star Ferry still shuttles back and forth across the harbour for about 25c US. One of the world’s great travel bargains.

Lamma Island is a short ferry trip from Hong Kong Central and I spent a night there at a friend’s place. In the morning I made a pre-breakfast walk to the north end of the island, watched a commuter ferry arrive and depart at Pak Kok Village and gazed across to nearby Hong Kong Island. 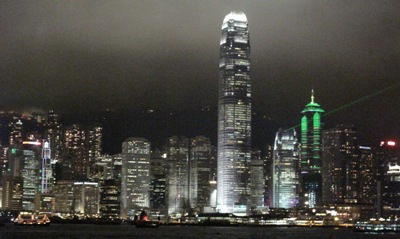 Staying in busy Tsim Sha Tsui, the peninsula of Kowloon on the mainland, I raced down to the waterfront promenade to catch the 8pm ‘Symphony of the Stars’ lightshow as buildings across the harbour in Hong Kong Central light up in time to the music. Terrific! 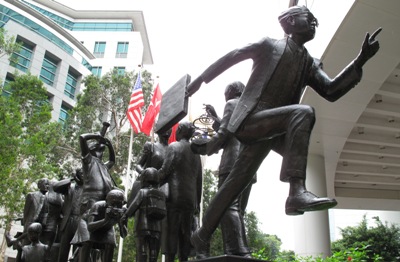 I had another day in Admiralty, just east of Hong Kong Central. A short walk from my hotel took me past this amusing sculpture of everyday ‘Hong Kong People’ outside the Conrad Hotel.

A few more steps and I was in Hong Kong Park with its superb Edward Youde Aviary, the perky Bali mynahs were my favourite amongst the 600 bird species they say you can find in this huge aviary. On the other side of the harbour I discovered flamingos in Kowloon Park, for some reason I’d never seen them before. 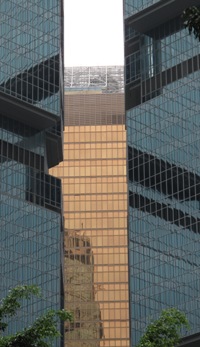 On my way to the Hong Kong Park I could see the Far East Finance Centre peeking between the twin Lippo Towers. The bright gold glass led to its local nickname ‘the Amah’s tooth.’ An Amah is a traditional, often elderly, Chinese maid and housekeeper.