Sometimes flights offer fantastic views from start to finish, like QF 127 on Monday 28 February 2011, a Qantas 747 heading from Hong Kong to London. First of all we took off heading west and then circled round east to fly directly over Victoria Harbour, the rapidly narrowing (due to land reclamation) strait separating Hong Kong Central (to the left) from Kowloon (to the right). So often Hong Kong is shrouded by mainland smog, for once it’s clear. ▼ 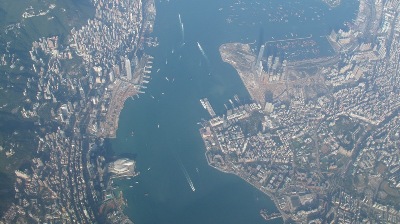 Then we headed north across China, a rather zig zag route passing close to Chengdu and off to the left – so south or to the west depending on our heading at the time, this mountain range and prominent peak popped up. Name please? ▼ 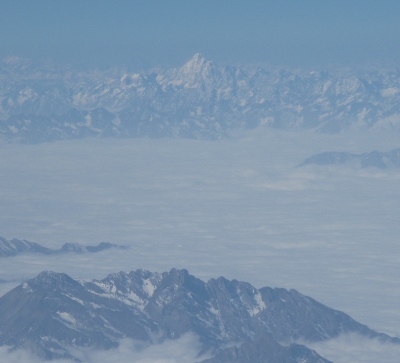 We started heading north-west towards Central Asia so this would be somewhere north of the Tibetan plateau looking to the south. It’s clearly cold down there. ▼ 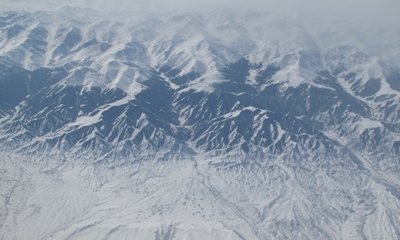 And on across Russia and the Baltic States, this flat frozen farmland would be either Latvia or Lithuania before we came out over the Baltic Sea north of Poland. ▼ 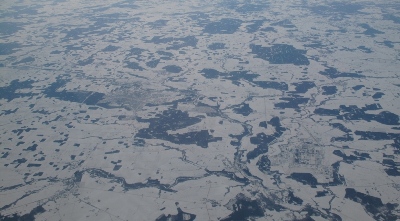 And finally this glimpse of Windsor Castle (was the Queen at home?) as we made our final approach into London’s Heathrow Airport. ▼