Hadibou – the largest town on Socotra Island and the capital of the island’s eastern district – was my base while I travelled around that fascinating Yemen Island. 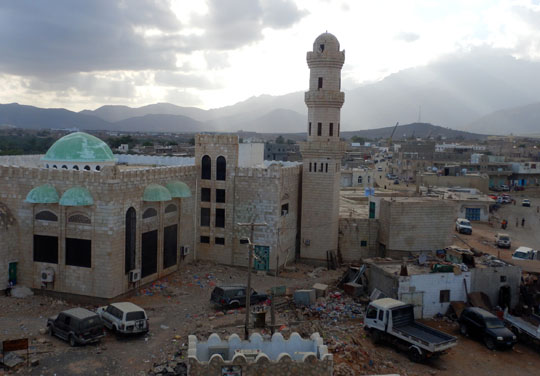 ▲ The Central Mosque – I heard rather too much of this mosque during my stay in Hadibou. That’s the view from my room window in the Socotra Hotel, it was clearly well placed to blast the call to prayer through my window every morning. That pre-dawn wakeup call did have the virtue of getting me up when the Wi-Fi at the adjacent Summerland Hotel was at its strongest. It was never very strong, but on a couple of occasions I was able to download the subject lines from my email inbox and on one occasion I was actually able to read some of the emails and reply to a couple of them. 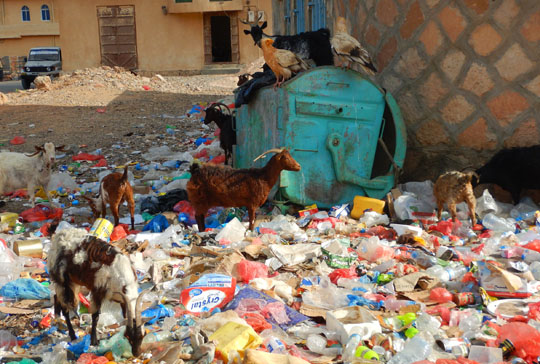 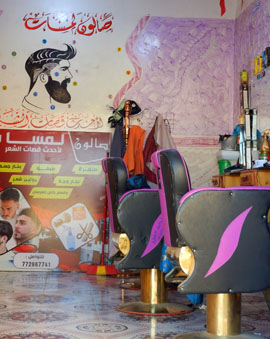 ▲ Plastic rubbish and goats, the two familiar ingredients in the Hadibou scenery. ‘Squeegle, squeegle,’ I think that’s the noise you make walking over discarded plastic bottles and it’s the standard soundtrack to life in Hadibou. Sadly we added to the plastic water bottle debris. Goats are everywhere on the island, from the beaches to the mountains and certainly around town. When something nudges against your leg in a Hadibou restaurant it’s not a stray cat or some mangy dog looking for a handout, it’s a goat.

◄ If you need a haircut, Hadibou’s barbers could certainly provide. 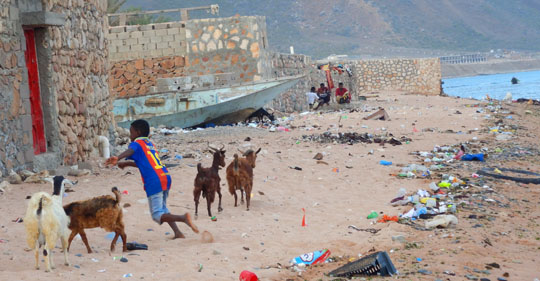 ▲ Hadibou’s beach – goats, children and rubbish, which makes it a typical Hadibou scene. 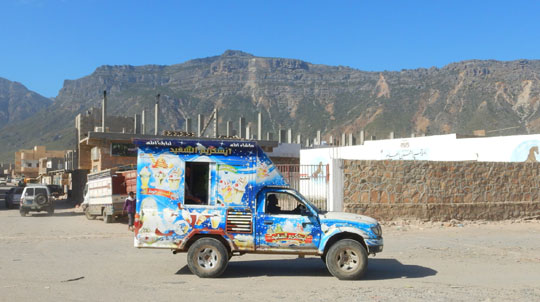 ▲ I did occasionally hear the jingle of Hadibou’s ice cream van passing by. I think there was only one. 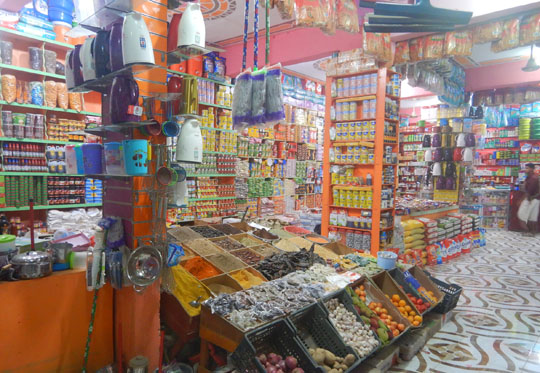 ▲ Some of the shops around the town were very decorative, this bright pink one was my favourite. 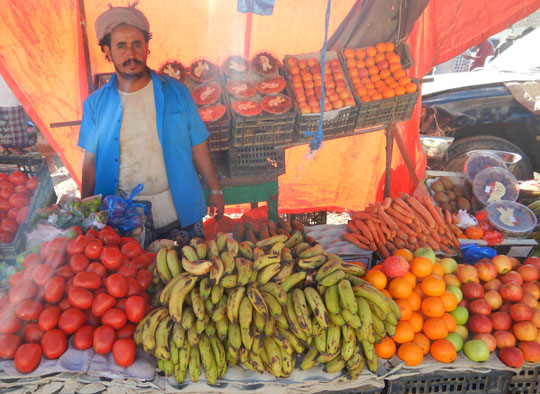 ▲ If you needed fresh fish or fruit and vegetables the morning market could certainly provide provisions. We ate very well during our island travels. 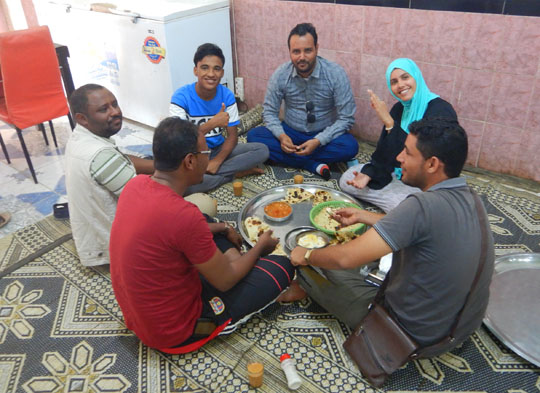 ▲ Breakfasting in the restaurant next door to our hotel. Our breakfast was exactly the same, except we were sitting at a table and got our own plates, we didn’t share communally. Everybody in Hadibou was very friendly and unconcerned about being photographed, like this breakfast gang. Note that there’s a woman in this group and she’s very happy to be photographed. We were warned about photographing women and the one photograph I would really have liked to have taken in Socotra – and didn’t – was the morning gathering in the playground at the girls school near the hotel. Lots of lots of identical black chadors lined up, how on earth would you recognize anybody?