Back in 2006, right after it opened, I spent two days walking 42km on the Great Ocean Walk along the spectacular Victorian coast in the Otways. Back then I said I’d be back later in the year to finish the rest of the walk, another 60km.

▲ It didn’t happen in 2006, but last week with some friends I spent another two days on this wonderful walk. We covered another 30km of the walk over two days, so I’ve still got 30km to do before I can say I’ve walked the whole – 100km – way. This time we walked the 12.5km from Aire River to Johanna Beach, which runs up and down through forest with great views down to the coast and meets the coast at Castle Cove, a popular surf break.

◄ Before concluding with a 2km walk along Johanna Beach, a stroll which you can only make when the tide is out. The beach disappears at high tide. 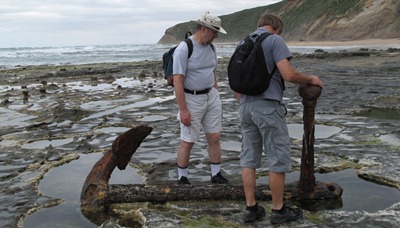 ▲ We also walked from Ryans Den to Moonlight Head and along Wreck Beach, past the anchors and other wreckage of the French three-masted barque Marie Gabrielle which was driven on to the shore in 1869. A few steps further along the beach is the anchor of the Fiji, also wrecked here in 1891. 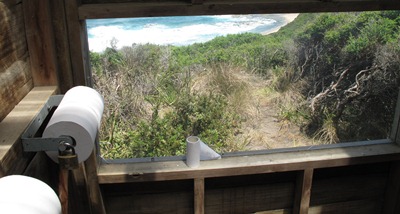