Getting Ready to Cycle Africa


I’ve got a week and a half, 1,200km (750 mile) bicycle ride coming up in Africa next year – starting on 22 March at Iringa in Tanzania and ending on 1 April at Lilongwe in Malawi. It’s stage five of the Tour d’Afrique, a four month long 12,000km (7,500 mile) jaunt from Cairo in Egypt all the way south to Cape Town in South Africa.

We’ve entered two Lonely Planet teams in the event. There will be two Lonely Planet riders on each of the eight stages so that makes 16 riders in total – male and female, drawn from our three offices in Australia, the UK and the USA, plus our authors and two of our foreign language partners – Italy and China. So our riders will be as varied and international as the countries we ride through. 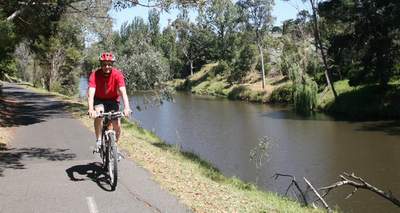 Of course I’ve been trying to clock up more distance in preparation for the big ride. I’ve been discovering how many km of great cycle tracks we have in Melbourne, many of them following the rivers and creeks which wind through the city. Here I am riding along the track which follows the Yarra River.