Last year I stopped at the lonely site on the west coast of Ireland where the first trans-Atlantic flight concluded in 1919. The aircraft was an ungainly Vickers Vimy, a canvas, wood and wire World War I biplane. Later I went to look at that very aircraft in London’s Science Museum. 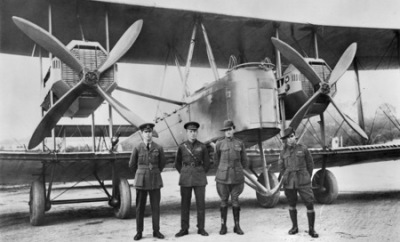 Just a few months later another Vickers Vimy made the first flight to Australia, an epic 28 day journey making 24 stops along the way. The Aviation Museum in Darwin, which I visited in July, has some interesting material on that first flight and also on the 1934 London-Melbourne Air Race, which passed through Darwin.

It’s an indicator of how fast aviation was changing in that era that the winner, a De Havilland DH-88 Comet (a twin piston engine aircraft, not the later Comet jet airliner), made it from London to Melbourne in less than 72 hours. Even today that flight takes around 24 hours in the latest double-decker Airbus A380. In 1934 a DC-2 airliner entered by the Dutch airline KLM was only 12 hours behind the purpose built racer. Today Grosvenor House, the winner of the 1934 race is on exhibit at the Shuttleworth Collection north of London.

Now Maureen and I are about to fly from London to Australia, with a small group of fellow passengers, on a flight which, almost like that old Vimy, will take 25 days and make 22 stops. A much more modern aircraft, however, a Beechcraft 1900D.