Flying across the Kimberley


Getting there is half the fun – it’s been said enough times – and a two hour flight in a single-engined Cessna 210 certainly proved that. Maureen and I were on our way from Broome to the Kimberley Coastal Camp on Admiralty Gulf. 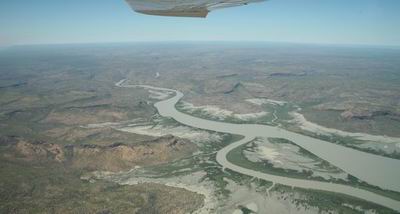 To get there we left Broome and flew across King Sound with the town of Derby off to the south-east. Then we flew close to the coast, looking across to the islands of the Buccaneer Archipelago.

We passed over Horizontal Falls.

For the next hour there was no sign of human habitation, just pristine wilderness, ranges of hills, winding rivers, 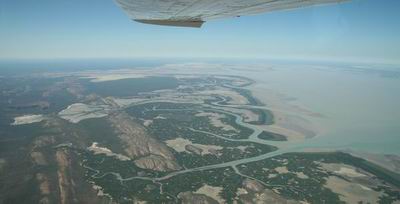 Or labyrinthine river mouths with the rivers twisting through mangroves as they reached the coast. 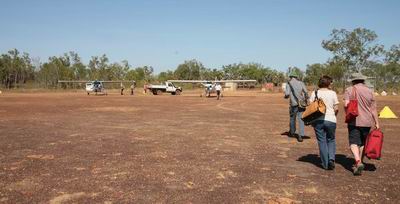 A pair of Cessna 210s at the Mitchell Plateau airstrip.