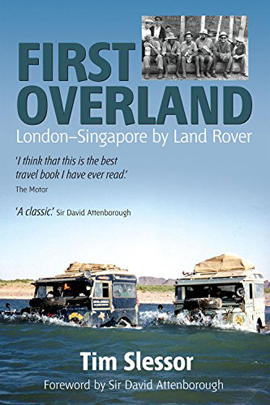 ◄ Back in 1955, so 64 years ago, two Land-Rovers from Oxford and Cambridge Universities set out from The Grenadier pub in London’s Belgravia district, not too far from Harrods and Harvey Nicks, to drive to Singapore. That turned into a TV programme and a classic travel book First Overland. It’s back in print if you want to read it. 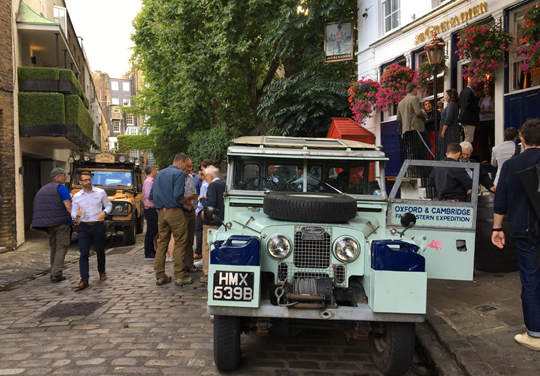 On 25 August one of those original Land-Rovers, rescued from a long retirement on Ascension Island in the South Atlantic, will set out from Singapore to do the trip in reverse, well not quite the same trip since Afghanistan is pretty much off limits these days. First Overland was probably the inspiration for all the overland and Hippie Trail travellers of the ‘60s and ‘70s, a trip I did in 1972. This year’s rerun of that pioneering drive, this time it’s ‘Last Overland,’ will be much more like the Silk Road trip I did in an MGB in 2017. Click here for the final posting on my 100+ days drive from Bangkok to London, you can go back through this website to earlier postings on the drive.

Last Overland has been dreamed up by film maker Alex Bescoby who I first bumped into in 2017 when he made We Were Kings, a documentary about King Thibaw, the last king of Burma and his long period of exile in Ratnagiri, half way from Goa to Mumbai on the west coast of India. Coincidentally my own interest in this sad end to the kingdoms of Burma had taken me to Ratnagiri a year earlier. 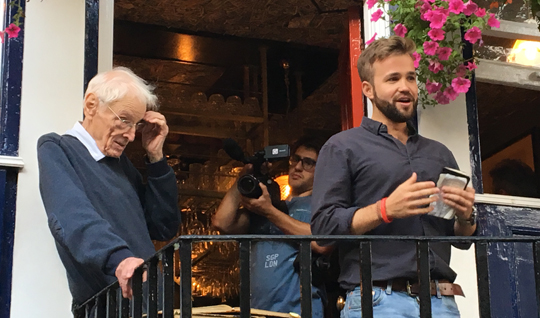 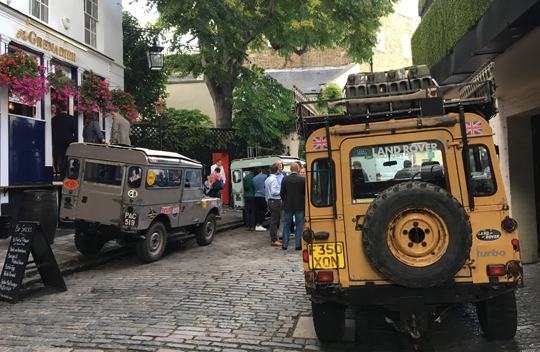 ▲ None of the Land-Rovers that turned up for 2019’s farewell from The Grenadier on 7 August 2019 will be taking part in the long drive, the pioneering 4WD is already in Singapore, ready to go, but Alex Bescoby was certainly there along with Tim Slessor, the author of that pioneering travel story and now 87 years old. Health permitting Tim is hoping to take part in at least some of the return trip. Want to support ‘Last Overland’ or even join in? Click here for the full story.